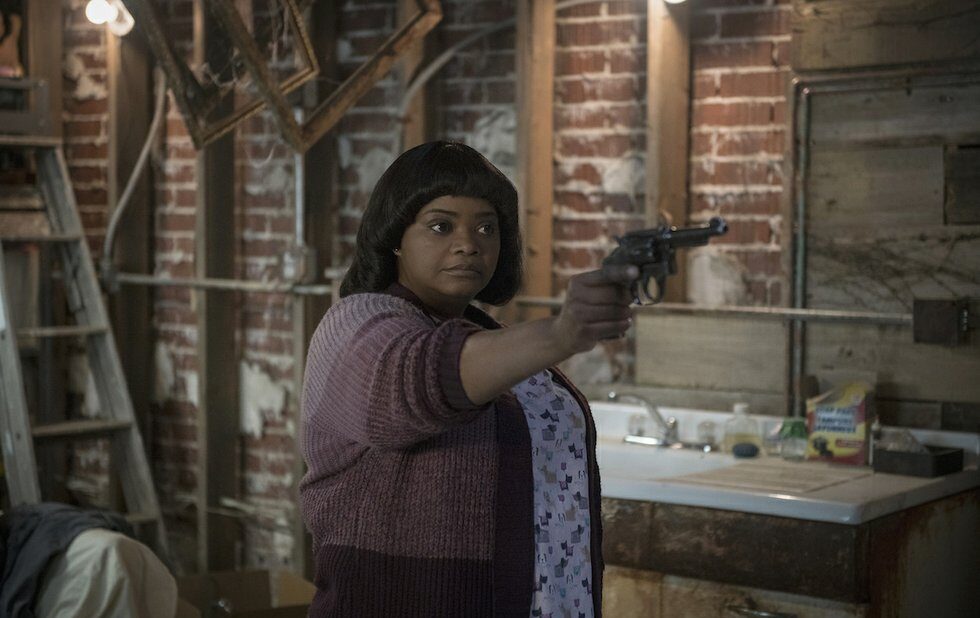 In 2011’s The Help, Octavia Spencer played a mammy-type who made a spoiled white kid eat shit. She’s doing a similar thing in Ma, which reunites Spencer with her former roommate and director from The Help, Tate Taylor.

Taylor no doubt heard the criticisms lodged against his Oscar-blessed white saviour movie. Ma, a Fatal Attraction-style horror thriller, feels like Taylor’s serving up a corrective to The Help while taking the most superficial notes from Get Out—the rare horror movie with a Black consciousness that revealed (to nobody’s surprise) that there are no white saviours.

In Ma, Spencer’s Sue Ann swings wildly between trying to find a social circle and savagely seeking retribution for past traumas. Sue Ann is an assistant to a veterinarian (Allison Janney, wickedly funny in her brief appearances). While taking a canine patient out for a walk, she gets propositioned by a young teen named Maggie (rising star Diana Silvers).

Maggie is new in town and quickly welcomed among the mostly white cool kids at school. They need an adult to buy them alcohol so they can go drinking at a rock pile. Sue Ann agrees to be their enabler, and not just once. Soon enough, she’s inviting them into her creaky basement, offering it up as a safe space for their parties. The sole Black kid among them (Dante Brown) dubs her “Ma,” a moniker she adopts, then she doesn’t so much creep but bulldoze her way into their lives.

There’s a lot going on here, though little that unpacks the racial tension fixed in the title and premise. The screenplay was originally written for a white lead, so any significance is merely grafted on, perhaps by Spencer and Taylor or perhaps just by those of us looking to read something more into the film.

Sue Ann carries scars from being ostracized and sadistically humiliated as a teen by an all-white community. She now has her chance at being welcomed as the life of the party. Or is it her chance to torment the children for their parents’ sins?

Sue Ann might not have that answer. She’s motivated by obsessions so splintered and unfocused they send her flying in every direction in a movie that doesn’t seem sure of what it’s trying to say or even be.

Ma eventually just settles for stupid and grisly fun and the only reason it gets away with that is Spencer’s gargantuan performance. Her face blinks from warm and inviting to the most terrifying stink eye you ever got from an auntie. She easily navigates Sue Ann’s rapid shifts from a sympathetic soul to the cruellest monster, not in a way that’s mildly believable but just enough to be enjoyable.