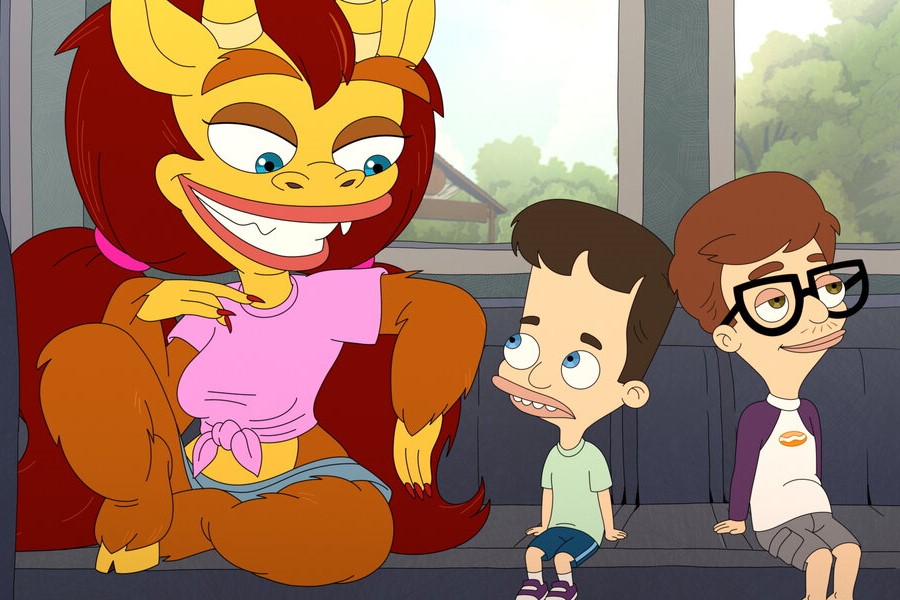 The fourth season of Nick Kroll and Andrew Goldberg’s raucous, ridiculous and surprisingly sensitive animated series about pubescent adolescents opens with a three-episode arc at summer camp that reshuffles the characters’ social dynamics while amplifying and enhancing all of their existing neuroses. (Also, Seth Rogen joins the ever-expanding cast as Nick’s testicle-obsessed camp buddy.)

But we’re back at Bridgeton Middle School soon enough, where everything gets so much worse.

With its characters and their surrealistic world firmly established, this is the season Big Mouth gets truly ambitious, turning the kids’ everyday issues into operatic drama. Nick (Kroll) is still underdeveloped and oversensitive about it; Andrew (John Mulaney) is still a writhing mess of anxiety, Jay (Jason Mantzoukas) and Lola (Kroll) are getting scarily intense together. None of it is that bad, from an adult viewer’s perspective: We all think we’re the centre of the universe when we’re that age, that no one has ever experienced this feeling with that much intensity, and so on. And this is a show, so they’ll probably learn something valuable about themselves, right?

But there’s some stuff that genuinely matters: Matthew (Andrew Rannells) struggles with coming out to his parents, and Jessi (Jessi Klein), who’s moved to New York with her mother, gets a serious boyfriend (Sterling K. Brown) who’s pushing her towards more sexual activity than she’s prepared to handle. And the nerdtastic Missy spends the season slowly coming to terms with her mixed-race identity, partially to allow Jenny Slate to leave the role and let writer/actor Ayo Edebiri take over the character.

Oh, and speaking of newcomers to the series: in addition to Rogen’s Seth, the guest cast adds a few more ringers voicing barely disguised versions of themselves, including PEN15’s Maya Erskine and Anna Konkle as a pair of seventh graders who’ve got their own thing going on and Lena Waithe and Quinta Brunson as Missy’s Atlanta cousins, who insist she find her own authentic Blackness. Other newbies, like Maria Bamford and Zach Galifianakis, play characters who are … well, let’s just say they’re a little harder to recognize.

That said, I would be remiss if I didn’t acknowledge the work Maya Rudolph is doing as Connie the Hormone Monster. She’s already won an Emmy for her cracked line readings and whatever it is she does to make the phrase “bubble bath” so delightful, and the writers have responded to her brilliance by finding new ways for Connie to participate in the action without ever breaking the rules they’ve established for her.

And yes, Connie does say “bubble bath” again. Because Big Mouth is all about pleasure, baby. What are you gonna do?