NOW MagazineMovies & TVReviewsReview: Tea time is big fun in Nothing Like A Dame

Review: Tea time is big fun in Nothing Like A Dame 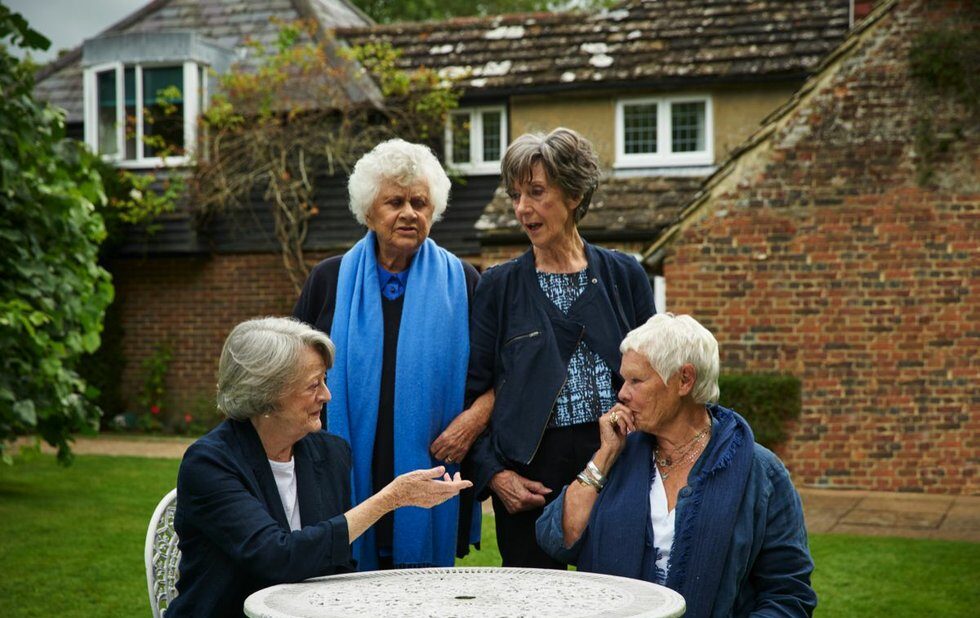 What happens when four living stage legends sit down to tea? In Roger Michell’s charming documentary, they gossip, argue and admit that they don’t remember everything.

Maggie Smith, Joan Plowright, Eileen Atkins and Judi Dench, all of them over 80, have been performing for over five decades. Director Michell brings them together to share memories of the stellar careers that earned them the honour of Dame.

This doc mostly features talking heads, but the talk, always candid, ranges from funny to profound. Startlingly insecure given their status, they all admit that, even still – Plowright, the eldest, is no longer performing – they are terrified every time they’re about to go onstage or on set. All four originally refused to play Cleopatra because they didn’t think they were beautiful enough.

Similarly honest, their recollections of famous collaborations pull no punches. In one sequence, stage director Michel Saint-Denis gets gloriously trashed and, in another ,Smith won’t spare the intimidating Laurence Olivier, even though the late actor’s wife, Plowright, is sitting right beside her. Smith’s memory of playing Desdemona to Olivier’s Othello – he slapped her for real during a key scene – is hilarious. And though they are tellingly silent at first about their collaborations with their husbands – not all of them wonderful experiences – the four do eventually open up.

Smith does talk about the Harry Potter movies and Dench recalls getting her Bond role, but this is a film for stage nerds more than film buffs. Often, the Dames talk in code – when Dench refers to Importance, for example, you need to know that she’s talking about The Importance Of Being Earnest.

And the doc revels in discussion of their early careers. Here’s where the movie shines, mainly because it taps into a rich archive of filmed stage performances. The Brits took great care in documenting these productions, so we see each of the quartet in very early roles. It’s uncanny hearing Dench sound exactly as she does now when she was barely 20. And footage of Atkins gives credence to the story of how an influential viewer found her unconventionally beautiful, but sexy nevertheless.

There is some sadness to the film as they address their slowly diminishing faculties: memories, hearing and eyesight. Plowright interrupts often because she’s lost track of the conversation. But Dench, still furious at being patronized by a young paramedic, delivers off-the-cuff full speeches from memory – she’s definitely still got it. And when Smith drolly complains about the weight of the hats she wears as Downton Abbey’s dowager, we know she’s not done yet.

Too much time is given to the legends complaining about the rigors of filming this documentary, but it’s ultimately big fun having tea with these Dames.