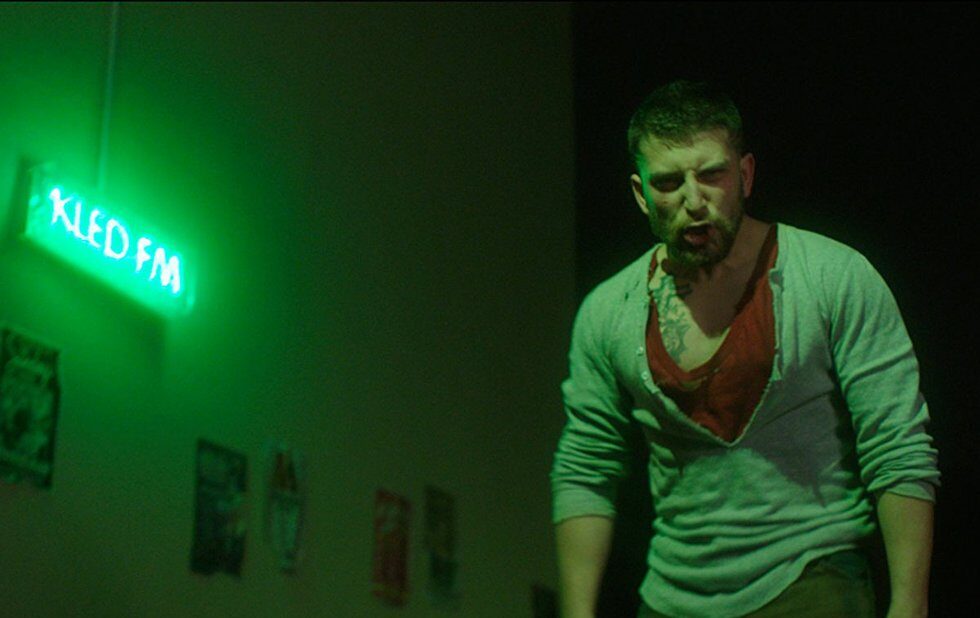 Prodigals shows the dangers of having a cipher as your film’s central character.

Toronto lawyer Wes (David Alpay) returns to his hometown of Sault Ste. Marie to assist in the defence of a friend’s brother, who’s been charged with murder. Unbeknownst to everyone, however, Wes dropped out of law school. That minor ethical issue doesn’t stop him helping out in the defence case and lying to his friends, including his ex, Jen (Sara Canning), whom he ghosted years earlier and who is now dating his friend Nips (writer Nicholas Carella).

Director Michelle Ouellet gets a believable, casual rapport from the friends, whether they’re playing euchre or joking about craft beer. And Jameson Parker adds some nice comic relief in a film that can seem overly earnest and portentous.

But Wes is a total blank – when someone says to him, “Why did you come back?” you’ll find yourself nodding in agreement. And the stone-faced Alpay doesn’t let us see any wheels turning inside.

The film looks decent, with the Sault’s smoke stacks puffing away in the wintry, bleak background.

But the relationship triangle is unbalanced – Jen has zero chemistry with her current boyfriend, so there’s not much at stake – and the legal plot feels rushed and messy near the end.