The twist in this Matthew McConaughey and Anne Hathaway film might have seemed cool in the late 90s, but today it feels reckless 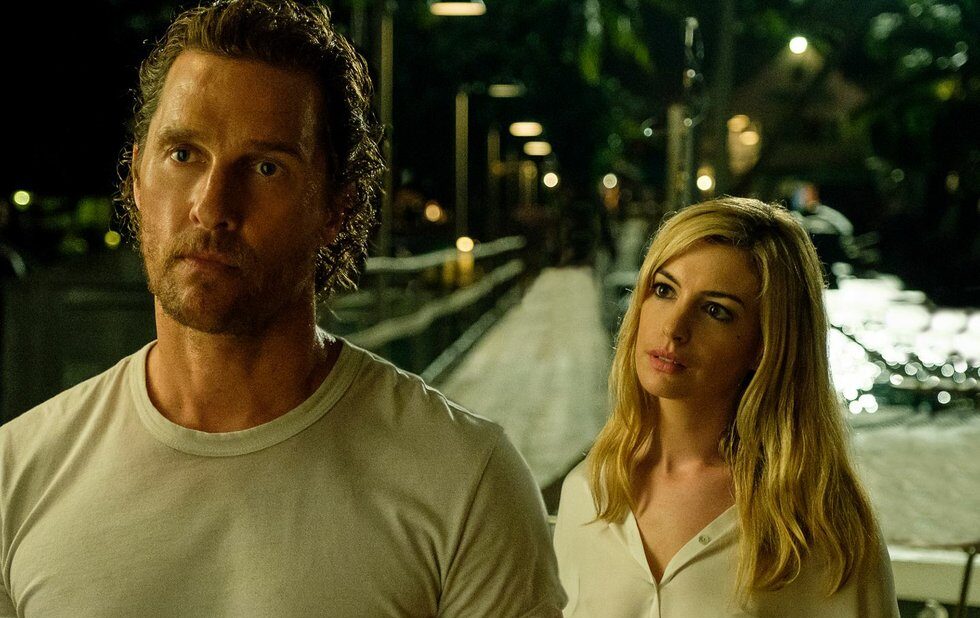 Writer and director Steven Knight tries to pull a Shyamalan, twisting his neo-noir thriller about a washed up fishing boat captain and his femme fatale ex-wife into something else entirely. But it’s so ridiculously misguided, you’re left wondering why so many talented people jumped on board.

Matthew McConaughey and Anne Hathaway reunite here after pondering life’s mysteries in Christopher Nolan’s Interstellar. McConaughey’s Baker Dill is barely scraping together an existence on a remote tropical island. He obsesses over catching a giant tuna, perhaps to keep his mind off his past. In comes Hathaway as ex-wife Karen, offering Dill millions to dump her violent new husband (First Man’s Jason Clarke) into the ocean.

You’ll start questioning things early on. That’s a given in a genre meant to keep you on your toes, but it’s especially true here. The characters and camera movements are peculiar in ways that are blatantly obvious, as if Knight is trying to signal early on that you should hold on to something because he’s about to pull the rug out from under you.

The reveal might have seemed cool in the late 90s, and the whole movie feels like soggy driftwood floating in from that era. Knight’s showy contraption is built on a narrative about domestic abuse and the subsequent trauma, and it feels reckless.