Review: Ted Lasso season 2 is the best show on television 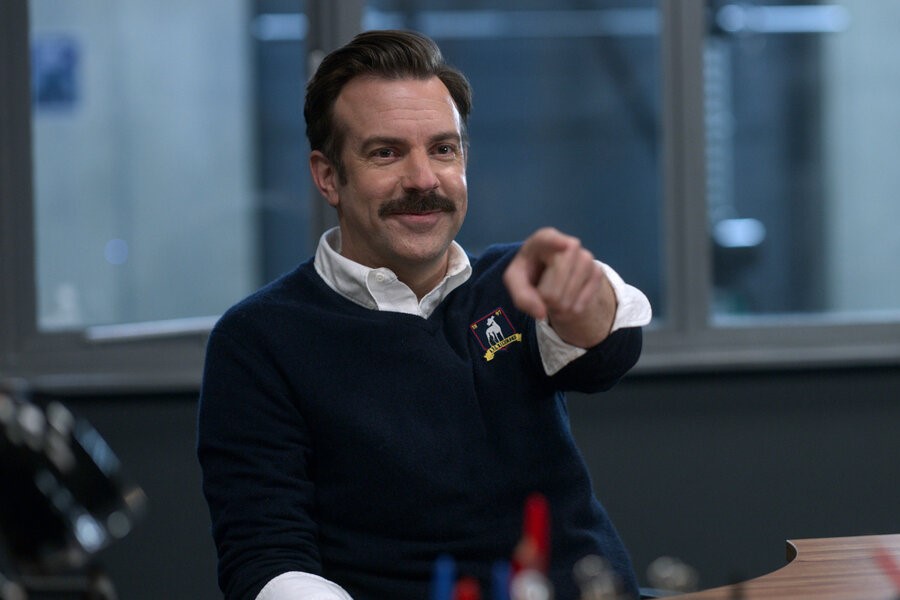 Jason Sudeikis is giving the performance of his career as Ted Lasso.

The second season of producer/star Jason Sudeikis’s sly take on the fish-out-of-water sitcom arrives just a week after the magnificent season 1 nabbed 20 Emmy nominations, including acting nods for Sudeikis and co-stars Hannah Waddingham, Juno Temple, Brett Goldstein, Brendan Hunt, Nick Mohammed and Jeremy Swift. Can the new season live up to that?

It bloody well does, as Sudeikis’s ever-enthusiastic Ted and the rest of AFC Richmond find themselves stuck in a series of draws and looking for victories anywhere they can eke them out.

It’s a clever way of extending the show’s underdog theme beyond Ted, and a nice way of illustrating the conceit that every character is fighting his or her own battle. Even Phil Dunster’s self-satisfied idiot Jamie Tartt, the ex-Richmond ace who returned to snatch away the team’s premier league position in the first-season finale, was shown to be dealing with his own issues in that very same episode.

So if season 1 was focused on understanding the characters, season 2 is all about their growth. And the introduction of Sarah Niles as Sharon, a team psychologist whom Ted instinctively distrusts, opens up a storyline that builds throughout the season.

But if you’re worrying the show is getting too serious, there’s still plenty of pure comic joy: the giddy, nurturing friendship of Waddingham’s Rebecca and Temple’s Keeley continues to grow, Roy Kent (Goldstein) and Jamie Tartt face major career changes, and the show seems to realize just what a find it has in Toheeb Jimoh, whose Sam Obisanya gets a well-deserved spotlight over the course of the new episodes. Even Cristo Fernández’s unflappable Dani Rojas gets well and truly flapped by an accident in the opening minutes of the season, discovering that football is life, but football is also death. Everyone is challenged in some way, and we want each character to rise to their specific moment.

And through it all, without any fuss, Sudeikis is giving the performance of his career as Ted, finding a new nervous energy – especially around Dr. Sharon – that expands our understanding of what motivates the world’s nicest person, and building on the idea expressed last season that Ted’s perpetual optimism might also be limiting him from fully engaging with life’s disappointments and defeats.

It’s better to light a candle than curse the darkness, sure, but lighting that candle doesn’t make the darkness go away completely. Ted may not be willing to acknowledge this, but Sudeikis is; he knows it’s the key to the character he’s playing, and the story he’s telling with this show.