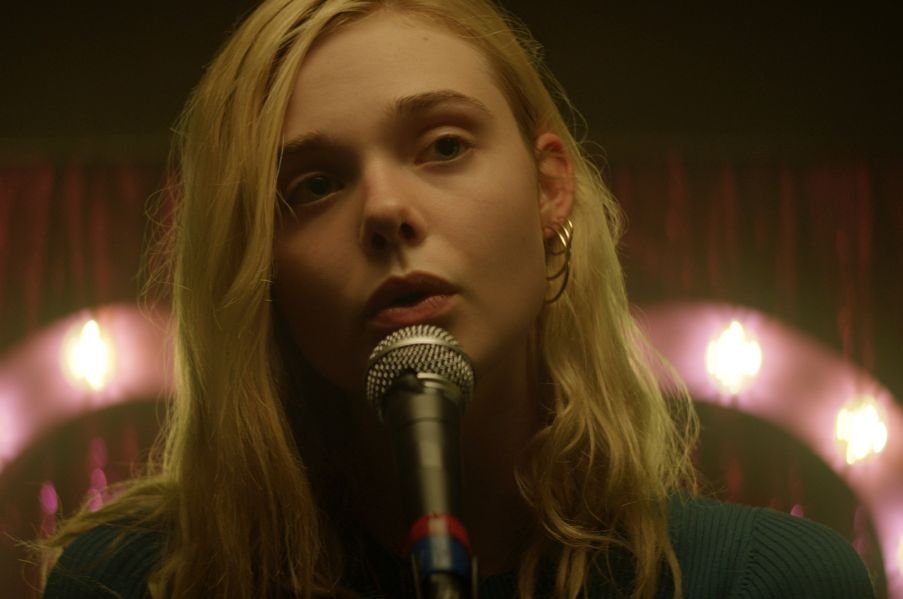 Teen Spirit is the assured directorial debut of actor Max Minghella (The Handmaid’s Tale, The Social Network), who takes a familiar underdog storyline – unpopular 17-year-old girl with a soulful voice auditions for UK singing competition – and reinvigorates it.

Elle Fanning plays the introverted, hardworking Violet, who lives on the Isle of Wight with her single, dour and devout Polish immigrant mom (Agnieszka Grochowska). While performing in a bar one night, Violet meets Vlad (Zlatko Buric, of the Pusher movies), a grizzled, hard-drinking former opera singer. He sees her potential and wants to be her agent, but her mom doesn’t want her singing, and her mean girls classmates tease her.

Before we know it, Violet’s made it through one audition, and then another.

Minghella (son of late Oscar-winner Anthony) is less interested in the competition than he is in Violet’s coming of age, which Fanning captures with subtle, heartbreaking shading. (I can’t think of another young actor whose face transforms so completely from sullen to happy.)

Minghella has a good eye for hazy, moody backdrops, and the soundtrack is full of lively covers of thematically resonant tunes by everyone from Robyn to Grimes. Fanning’s singing voice is as haunting as her faraway expression you just want to hear and see more.

Violet’s burgeoning platonic friendship with Vlad – who becomes, it’s true, a substitute father to replace the ne’er-do-well who left her mom – gives the film its heart. And Buric plays with role with note-perfect comic timing and zero sentimentality.

One of the season’s most pleasant surprises.