NOW MagazineMovies & TVReviewsReview: The Art Of Racing In The Rain arrives at its predictable destination

Review: The Art Of Racing In The Rain arrives at its predictable destination 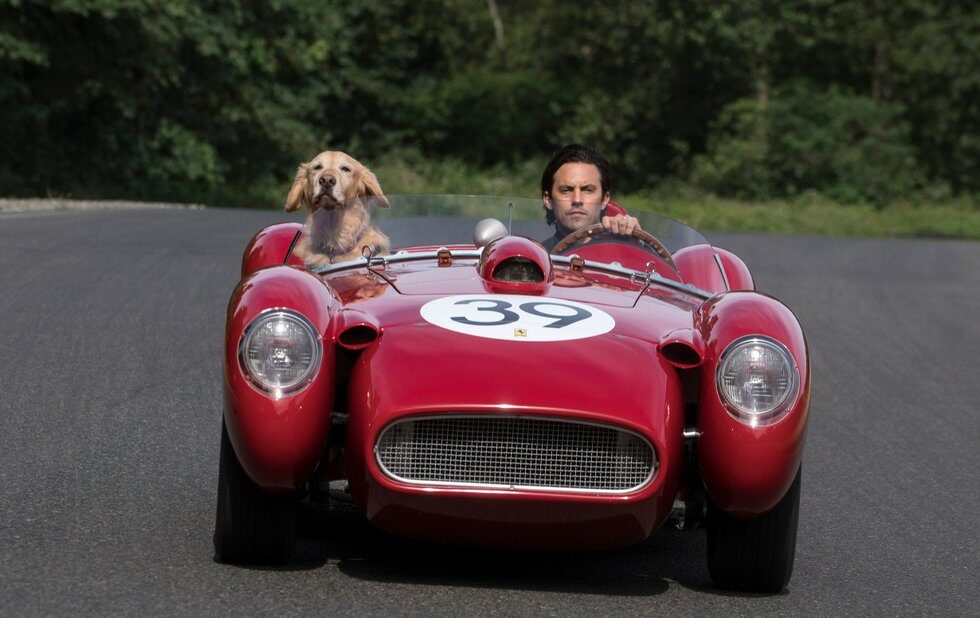 If you were underwhelmed and a little creeped out by the digitally enhanced, soulless creatures roaming the African veldt in the recent live action Lion King remake, your faith in animal acting will be restored with The Art Of Racing In The Rain. The golden retriever playing Enzo, the narrator of the film, is so expressive that he could teach his co-stars Milo Ventimiglia and Amanda Seyfried a thing or two about the profession.

Ventimiglia is Denny Swift, a struggling race car driver waiting for his big break, while Seyfried plays Eve, the woman he meets and falls in love with. Enzo, whom Denny impulsively purchased as a pup and is named after the Ferrari founder, is the wise, calm, loyal canine who watches over their lives: through happiness, tragedy and a particularly messy court case that takes up a big chunk of the film’s second half.

Enzo’s voiced with raspy, folksy charm by Kevin Costner, and the film succeeds because of the gentle tone director Simon Curtis finds between the soapy, Nicholas Sparksian material (the film’s based on Garth Stein’s novel) and the shaggy, down-to-earth observations of a dog.

There are several running jokes that shouldn’t work but do. One involves Enzo’s TV watching habits, which keep him informed about world events and even provide him with some sense of self-awareness. (He’s obsessed with a documentary about Mongolia and how dogs are revered there.)

Another gag concerns Enzo’s domestic nemesis, a toy zebra who crops up in surprising places.

The plot travels a predictable course, and there’s nothing especially interesting to look at in a Vancouver standing in for Seattle. Even the racing scenes lack horsepower.

But the film has an appeal. Besides the preternaturally gifted dogs playing Enzo (there are no credits for the animals), the great, underrated Kathy Baker delivers a nuanced supporting performance as Eve’s mother.

And it’s nice to see Canadian film and stage actor Ian Lake (Once, The Valley) crop up as Denny’s best friend.

Why this is the third studio film this year (after A Dog’s Journey and A Dog’s Way Home) to focus on cuddly canines is open for debate. Perhaps in an uncertain world full of shifting loyalties, it’s nice to know your pet has got your back. And it doesn’t have to sing Hakuna Matata to prove it.