Review: The Brink won’t change your feelings about Steve Bannon 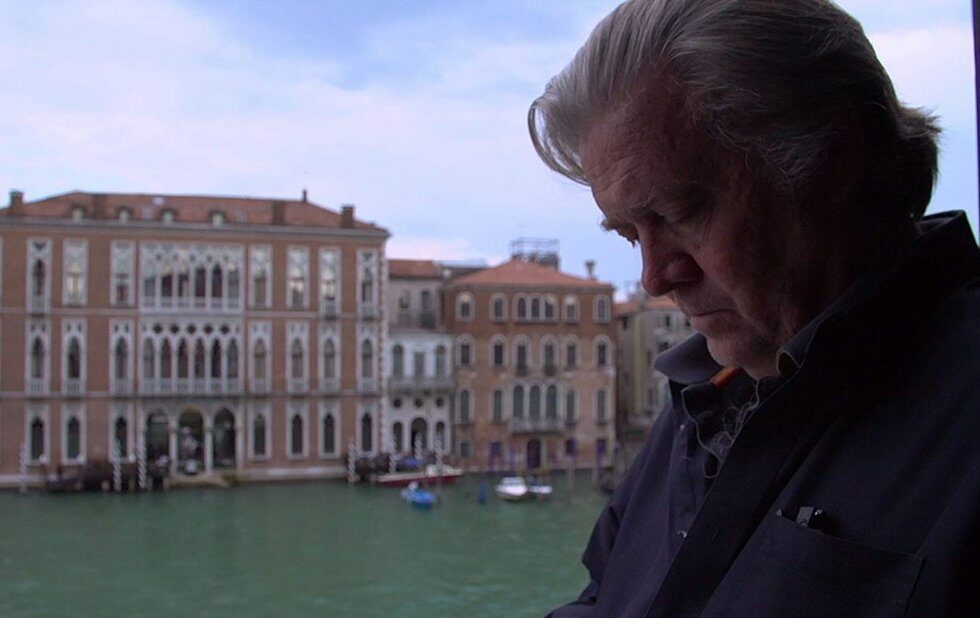 I have seen both films. They’re very different: American Dharma is an extended sit-down with Bannon in which the former Breitbart editor lays out his vision of a working-class revolution to Morris’s cameras, while Klayman’s follows Bannon from the fall of 2017 to the U.S. mid-terms last November as he travels all over the Western hemisphere peddling “economic nationalism” – which is really just good ol’ racism and nativism dressed up in a red baseball cap.

It’s depressing to see well-financed, organized politicians lining up to buy what Bannon is selling… but it’s even more depressing to realize Klayman isn’t going to get any deeper into Bannon than Morris did. She’s just giving him another way to burnish his reputation as a snappy public speaker and guru of the right-wing revolution – which, when it happens, won’t be racist or violent at all, and if it is that isn’t anything he’d be responsible for.

Klayman repeatedly captures Bannon discussing strategy with far-right parties from all over Europe – Nigel Farage and Marine Le Pen are regular confidants, and Hungary’s Viktor Orbán is also a fan – and then telling journalists he’s doing no such thing. A reporter from The Guardian quotes his own words back to him – words we saw him utter, earlier in the film – and Bannon denies ever saying them. It’s not even anything especially loaded as far as I could tell, Bannon just wants to fuck with the reporter to impress someone else in the room.

A friend who hated American Dharma asked me if he needed to see The Brink. And though I have a lot of respect for Klayman’s work – which includes directing the excellent 2012 documentary Ai Weiwei: Never Sorry and being an executive producer on Alexandria Bombach’s wrenching On Her Shoulders last year – I had to say no there’s nothing here we don’t already know, either about Bannon or about the miserable state of contemporary politics.

It’s competent, well-paced documentary filmmaking, but I can’t imagine it changing anyone’s opinion or even leaving viewers feeling like they understand the subject any better. The man’s a brick wall, denying even the most inarguable facts and rolling over anyone who attempts to challenge his interpretation of geopolitics or even the pronunciation of words.

Klayman seems to think it’s a sign of Bannon not being as well read as he thinks he is, but in a scene where she tries to help him get a Chinese name right, it’s pretty clear it’s a subtle way to bully everyone else into accepting his version of reality. And it’s working.