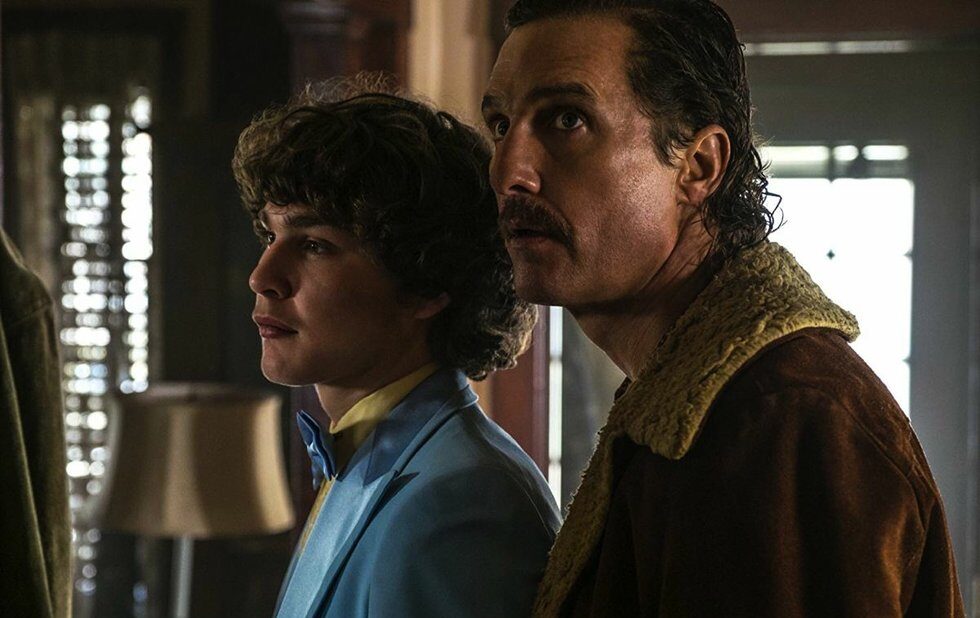 Condensing an 80s-era fact-based story about a teenager who was both drug dealer and FBI informant into fleet, heartfelt entertainment, the movie fills in everything you need to know about the characters and their crushing social environment in textures and attitude, witty banter and authentic feeling.

Also worth noting: Demange is terrific at homing in on new talent. There was Jack O’Connell in ’71 and now there’s wonderful newcomer named Richie Merrit.

With his shaggy head of hair and the faint whisper of a mustache, Merrit plays Richard Wershe Jr., dubbed “White Boy Rick,” as a scrappy and slick teen who seems to wish he had the room to be immature.

Rick grows up broke in Detroit with a tender and resourceful but also weak-willed father (played heartbreakingly by Matthew McConaughey) and a junkie sister (Bel Powley, also terrific). Their family scenes are initially caustic and entertaining, like something by David O. Russell, but it gradually moves into far more tragic, tender territory.

When he finds himself maneuvering between the FBI and his crack-slinging associates, Rick’s whiteness, and the advantage that gives him, doesn’t go unnoticed. The movie shows it without dwelling on it, leaving us to debate the politics of a wild and incriminating situation as it hustles along.