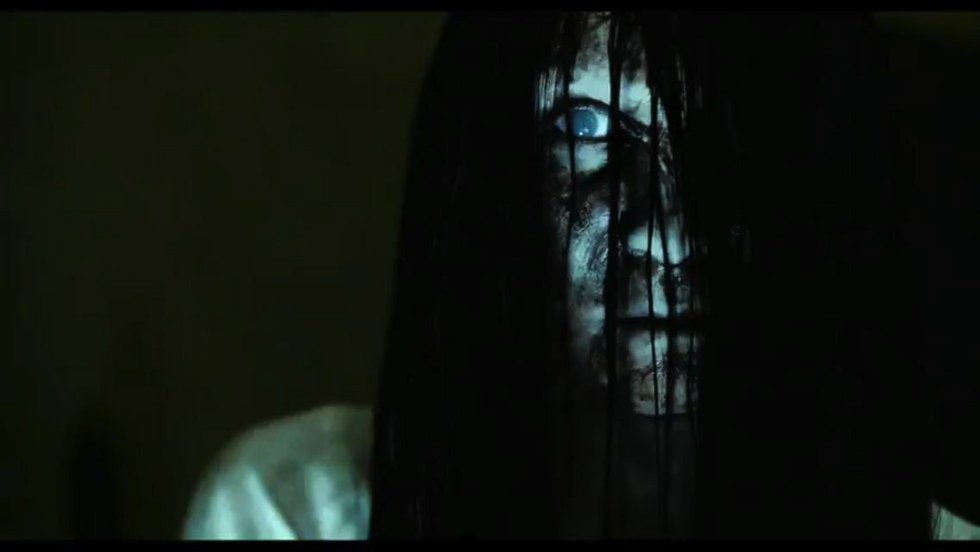 A decade and a half after The Ring brought the J-horror wave to Hollywood – and delivered one of the sharpest, most stylish horror movies of the new century – Paramount Pictures bids to bring back the cursed-videotape franchise with Rings.

And why wouldn’t they? The property makes perfect sense for the social-media age: in a world of total connectivity, the idea of an analog menace passed deliberately from one person to the next is not just intriguing but downright unnerving.

And after lying dormant for so long, it’s probably not coincidental that both this film and the unrelated Japanese Ringu reboot Sadako Vs. Kayako have their heroes discovering the cursed videotape inside a thrift-shop VCR. Where else would you even find a VHS tape these days?

For a while, this new story of a young woman (Ingrid Lutz) and her college boyfriend (Alex Roe, who looks like a baby Dan Stevens) pulled into the world of Samara Morgan plays as an enjoyable mixture of jump scares and building dread. There’s nothing of the oppressive psychic weight Gore Verbinski brought to his 2002 feature, and the new characters aren’t nearly as complex as Naomi Watts’s panicked single mother, but it rolls along nicely enough, teasing at logical extensions of the core notions and finding at least one clever new wrinkle to the mythology. (An analog signal degrades with each duplication, but what happens when Samara’s video is digitized?)

But the longer Rings plays, the more potential it abandons, introducing an elaborate new backstory for a character that simply doesn’t need it and downshifting into a conventional psychological thriller in its final third.

It’s not just weird to see a story about a murderous ghost suddenly start riffing on The Silence Of The Lambs, it’s downright foolish. When you have a furious spirit, trotting out a human menace just seems dopey.