NOW MagazineMovies & TVReviewsReview: Rocketman is the movie Bohemian Rhapsody should have been

Review: Rocketman is the movie Bohemian Rhapsody should have been

More a jukebox musical than a simple biopic of Elton John, Dexter Fletcher's film takes big stylistic risks and refuses to pussyfoot around its material 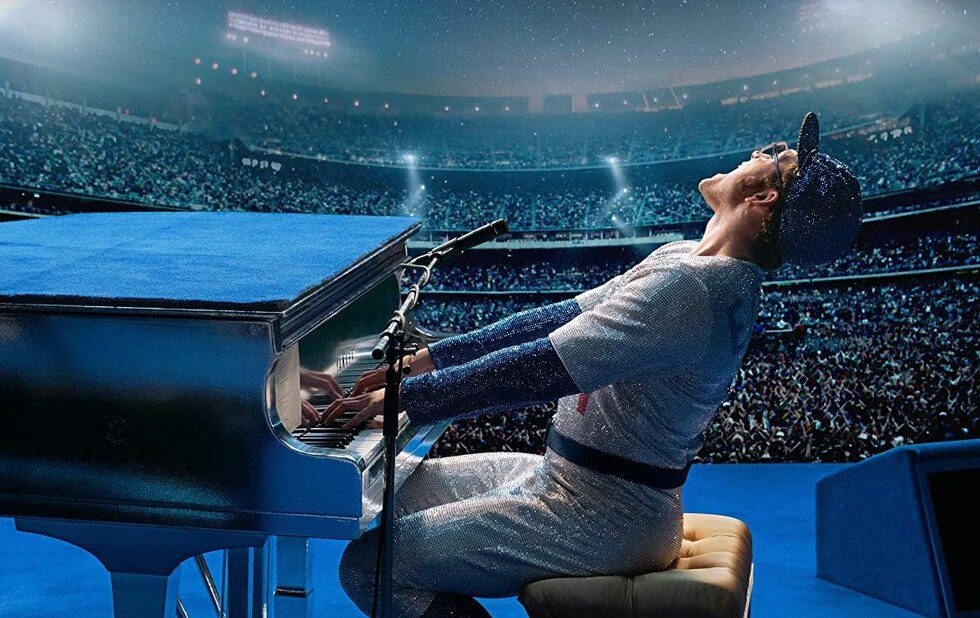 A jukebox musical rather than a straight biopic, Rocketman is the movie Bohemian Rhapsody should have been – and not just because director Dexter Fletcher is the guy who finished that Oscar-winning mess after Bryan Singer was fired.

It’s because this one is willing to take the big stylistic swings – and confront the messiness of its subject’s sexuality – that aren’t just desirable for a story this big, but necessary. Elton John’s music, like Queen’s, is outsized and operatic and wild treating his life and early superstardom as a metafictional run through John’s catalogue rather than a conventional biography just seems like the only logical route.

Fletcher doesn’t shy away from the stagier aspects of the format certain numbers have a proscenium quality, as though we’re peeking in on a West End production that’s yet to be mounted. Screenwriter Lee Hall has worked in both mediums, and there’s no doubt in my mind that when he does bring this to Broadway it’ll run for decades his Billy Elliot star Jamie Bell also turns in Rocketman’s best performance as John’s loyal lyricist Bernie Taupin.

Rocketman also refuses to pussyfoot around its subject material while their approach to language, drugs and queer sex doesn’t rewrite the rules for a major studio, Fletcher and company aren’t interested in making a PG-13 movie, either. Their Elton John is allowed to be shown sleeping with men – most notably Richard Madden as his oily manager/lover John Reid – and indulging in all the pleasures that were available to flamboyant megastars in the 70s.

There’s one other interesting comparison to Bohemian Rhapsody: that film’s chaotic assembly was held together by a riveting lead performance, while in Rocketman the reverse is true. As John, Taron Egerton – whom most people will know from the Kingsman movies, and whom Fletcher directed in the odd sports movie Eddie The Eagle – can certainly sing and dance, and his early scenes with Bell have a sweet, immediate chemistry that helps sell John and Taupin’s symbiotic creative relationship.

But Egerton is less sure when it comes to the heavier beats, visibly straining to sell John’s inner anguish to the point where the rehabbing star admits he’s enjoyed every minute of his hedonistic roller coaster, and we wonder how that can possibly be true. It is, perhaps, also possible that Steven Mackintosh’s and Bryce Dallas Howard’s one-dimensional performances of John’s parents give Egerton almost nothing to work with in certain crucial moments.

Still, a movie like this lives or dies on the strength of its musical numbers, and though not every conceit works – Rocketman’s big centrepiece, set to the title song, can only be described as “jaw-droppingly bananapants” in its ambition, and a closing number that inserts Egerton into one of John’s music videos is kind of pointless – when Fletcher finds his stylized sweet spot with a bouncy, literal take on Saturday Night’s All Right For Fighting, a knockout debut of Crocodile Rock at the Troubadour or an intimate first run of Your Song – well, that’s when it sings.

Sure, the Your Song bit shifts the focus onto Taupin (and Bell) so powerfully that it takes Fletcher a while to put it back where it supposedly belongs, but that weirdly feels like the moment Rocketman comes closest to capturing Elton John’s appeal: his songs chased such massive emotional crescendos that they risked collapsing onto themselves at every turn. When the movie takes a similar risk, it just feels right.