NOW MagazineMovies & TVReviewsReview: Rosie will make you think of Torontos own housing crisis

Review: Rosie will make you think of Torontos own housing crisis 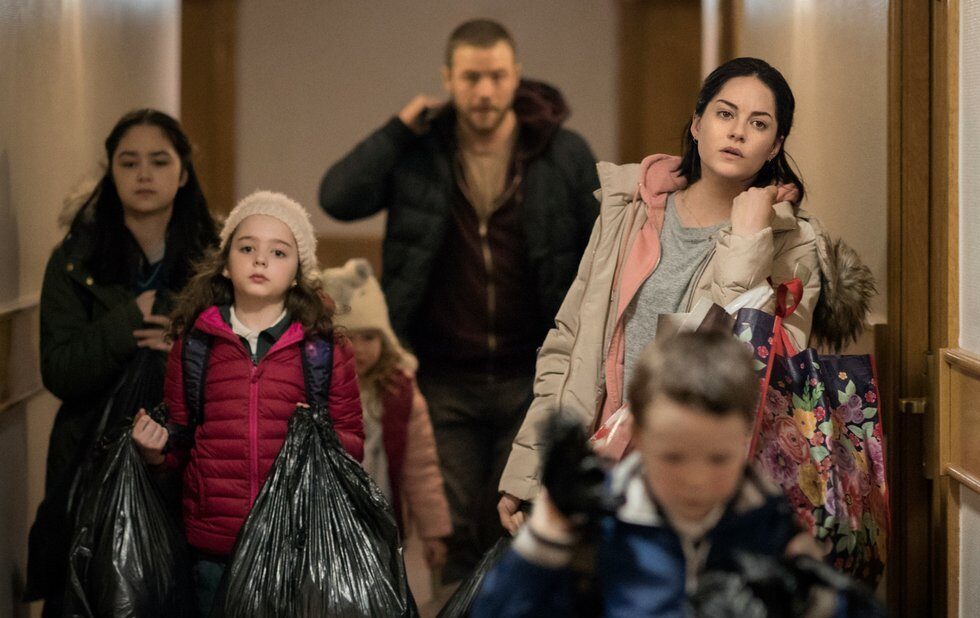 Rosie and John Paul are a nice young Dublin couple with four kids and, as of about 36 hours ago, no home. The booming market has inspired their landlord to sell their house out from under them now, out of options, Rosie is just driving the children from one place to another – school, grandparents, day care – while also trying to secure a hotel room in Dublin’s voucher system while John Paul works all hours at his catering job to keep them otherwise afloat.

But they’re not afloat. They’re drowning.

Paddy Breathnach’s immediate, intense Rosie is finally getting a theatrical release here after playing TIFF in 2018, and it’s grown only more relevant in the interim. You can’t watch this without thinking about the slow-motion tidal wave of Toronto’s own housing crisis, and wondering what you’d do – and how you’d fare – if you found yourself in this family’s situation.

Filmed in long takes with handheld cameras, Rosie creates urgency from uncertainty. It’s not the kind of movie where people deliver long monologues about bad luck and overwhelmed social services, because no one has the time. Rosie and John Paul – played by Sarah Green and Moe Dunford, who subsequently reunited in the TV series Dublin Murders – have already had those conversations and exhausted all of their options that’s why they’re in their current situation. And that’s terrifying.

Roddy Doyle’s script is all about problem-solving from one moment to the next, aware that every new distraction could be the thing that escalates into tragedy. Breathnach, who made the excellent, forgotten I Went Down in 1997 and has been knocking around the Irish film industry ever since, strips the action down to faces and spaces, focusing tightly on his actors as they do their best to muffle their mounting panic.

The whole film rests on Greene’s and Dunford’s performances, and they’re utterly convincing and heartbreakingly honest as two people doing their best to keep calm and carry on in an untenable situation… because if they turn on each other, it’s all over.