Dwayne Johnson and Emily Blunt try their best, but the studio's theme-park adaptation gets bogged down in elaborate mythology and CGI 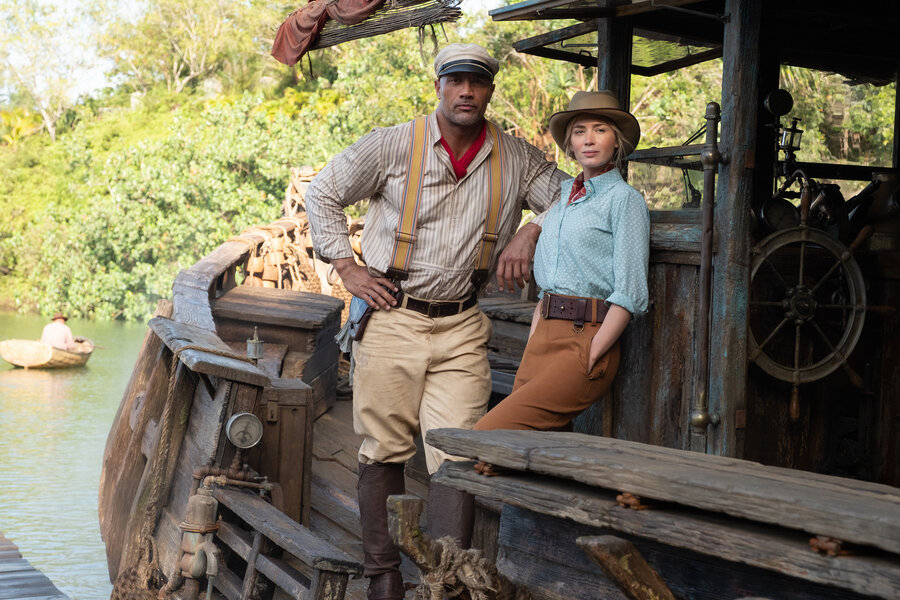 The Pirates Of The Caribbean movies made a ridiculous amount of money, so every Disney theme-park attraction must be adapted to the big screen. The studio’s been working on a Jungle Cruise movie for a decade and a half, and this film is a decent enough adventure picture until it gets bogged down in elaborate mythology and CGI.

The plot is a buffet-style reworking of The African Queen, Raiders Of The Lost Ark and the 1999 remake of The Mummy, set in 1916 and starring Emily Blunt as a plucky English botanist who carts her posh brother (Jack Whitehall) to the Amazon in search of a mythical tree whose petals “can cure any illness or break any curse”. Dwayne Johnson is the irreverent riverboat skipper whose vessel she charters for the expedition, and Jesse Plemons – somehow – is a German aristocrat determined to get there first.

It’s ridiculous, but the leads are having fun and it’s all staged with verve by Collet-Serra, who’s clearly enjoying the opportunity to goof around after a decade of clenched Liam Neeson thrillers. James Newton Howard’s score, which works to evoke the lighter moments of John Williams’s work on Star Wars and Raiders, helps considerably in this regard.

But after five Pirates Of The Caribbean movies, a park-ride adaptation has to have grand ambitions; it can’t just be a fun couple of hours with some engaging actors and elaborate stunts. These things have to have giant story machinery, with centuries-old rivalries and elaborate curses and a backstory for characters who don’t really require one. And so almost exactly at the movie’s halfway point, all of that comes crashing down on our heroes’ shoulders, knocking the movie off course and burdening it with an emotional weight it isn’t really equipped to carry.

(Please note that I am very much not talking about Whitehall’s character revealing his sexual orientation, which is handled thoughtfully enough within the confines of a movie for children – but which still somehow seems to confirm that Disney is unwilling to do anything more than pay lip service to queer audiences.)

There are even some attempts to blunt the colonialism and outright racism of the original material – though not all of them work as well as Disney might have hoped. Baby steps, I guess.