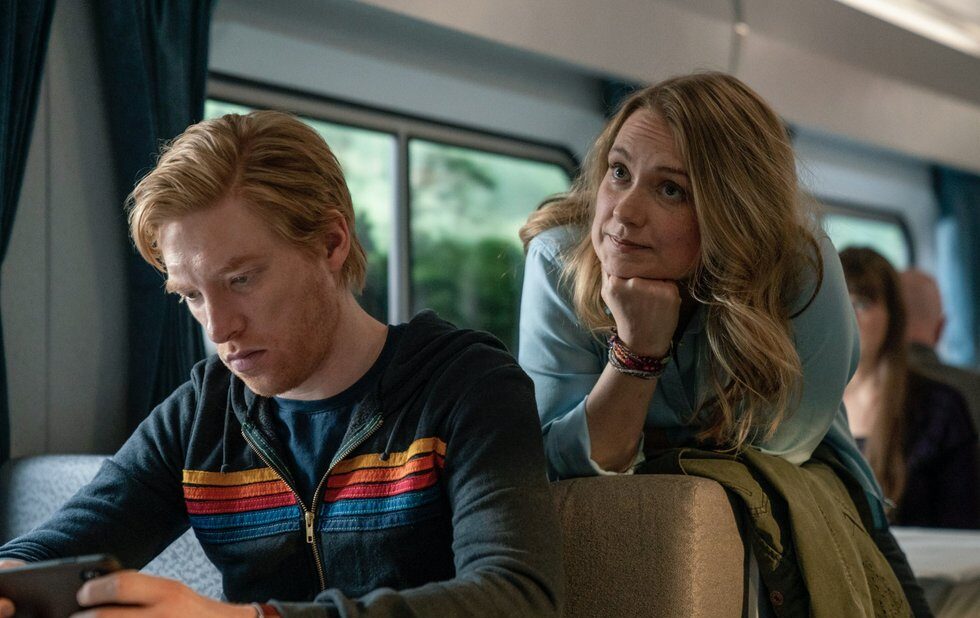 Remember last fall, when people kept seeing Phoebe Waller-Bridge around town? She was here shooting Run, a new HBO series that counts her as an executive producer. The show is set all over America, with location work in Los Angeles, New York and Chicago, among other places, with Toronto doubling nicely for various train stations and hotels. Anyway, that explains that.

Run arrives with very high expectations, being the latest collaboration from Waller-Bridge and writer/producer Vicky Jones, an actor and playwright who helped make Fleabag a phenomenon when she directed Waller-Bridge’s solo show for the stage. This project, produced for HBO, couldn’t be more different: where Fleabag was an internal, emotional story, Run is all forward motion. Unfortunately, it doesn’t really go anywhere.

Merritt Wever and Domhnall Gleeson star as Ruby and Billy, 30-somethings who ditch their lives to take a train trip across America on a dare… and because this is television, complications ensue.

If you’re just watching to see what happens from one episode to the next, Run will probably go down very easily Wever and Gleeson are engaging actors and they have a nice, spiky rapport as people who enjoy pressing each other’s buttons – and know exactly where to find them. The exact nature of their relationship is probably a spoiler, so I’ll just say they’ve known each other a very long time.

The first two episodes, which focus almost entirely on the two leads and their train ride, are awfully promising. But the third takes an unsatisfying detour, the fourth goes even further astray and by the fifth episode the show becomes a random problem generator.

HBO is insisting reviewers conceal pretty much everything about the plot, but honestly it doesn’t really matter: people make bad decisions, stuff happens, there’s lots of running. There are flashbacks to what Ruby and Billy were doing before they ran none of them do anything that isn’t already conveyed in the dialogue. (As with so many television projects these days, I found myself wondering whether this was conceived as a feature film – or even a stage play – and then awkwardly expanded to fill out an episode order.)

When Run is just rolling along on the energy of its stars, or introducing other characters as foils for an episode or two, you can enjoy the casual banter, the skill with which Wever’s Ruby shifts between frantic action-comedy flailing and genuine vulnerability, or the way Gleeson shows us how Billy hides his weaknesses beneath a reservoir of charm. Both actors are doing their absolute best to make this work, and sometimes they manage it.

But then you have to watch them – and the show – fumble its way through all the side missions and distractions, and I’m sorry to say that’s no fun at all.