Review: Run This Town is a snappy look at the Rob Ford crack-smoking saga

Ricky Tollman's film evokes the chaotic energy of our late mayor, but there's something soulless at the centre 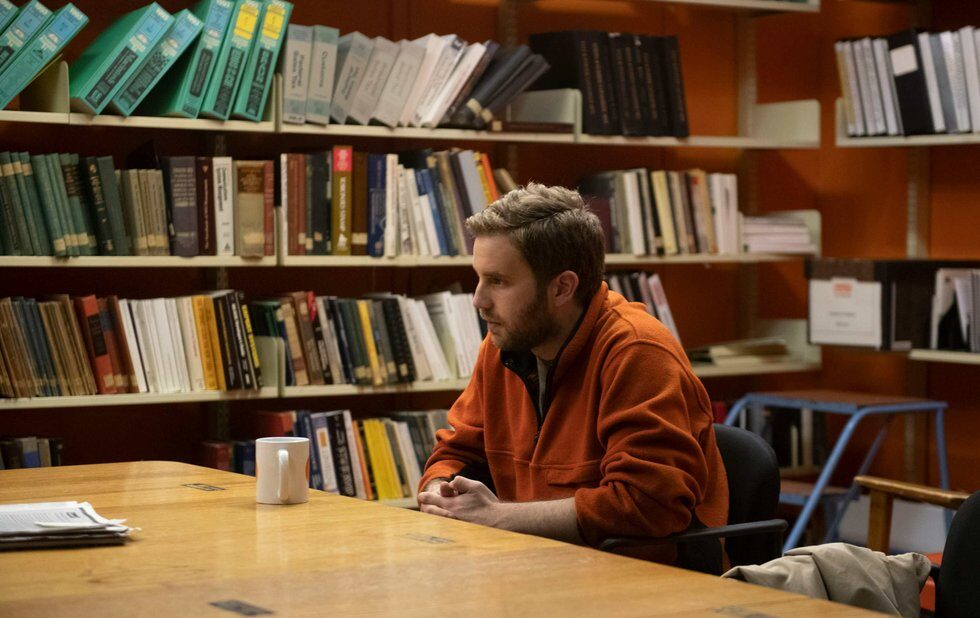 In response to the controversy over omitting former Toronto Star reporter Robyn Doolittle from Run This Town, the Rob Ford crack-smoking movie, the filmmakers have declared that the film is not actually about Rob Ford but a fictionalized take inspired by his scandal.

Fair enough. The movie, which is surprisingly slick and entertaining, is about a fictional hapless reporter played by Ben Platt, who tries to keep up with the Rob Ford crack-smoking scandal that Gawker and the Toronto Star eventually broke. Run This Town isn’t about Rob Ford per se. He only hovers over the thing like the Zodiac Killer in Zodiac or Nixon over All The President’s Men.

At one point, somebody likens the former mayor to “the town’s mall Santa”: taking pictures with everybody, making promises to constituents and leaving it to his elves to deliver. And the film doesn’t shy away from embarrassing details and how Ford’s numerous scandals broke. The groping incident and that quip about “plenty to eat at home” are all worked into its narrative.

But again, it’s not about Rob Ford. It’s about Platt’s Bram, the fictional young reporter working at a print newspaper called the Record where the editors (Jennifer Ehle and Scott Speedman, both terrific) keep him pushing BuzzFeed-style lists, never giving him the chance to work on real stories and proceeding cautiously when he accidentally steps into intel on the crack video that’s being shopped around to various outlets.

His efforts to acquire the video follow the steps described by both Star reporters Doolittle and Kevin Donovan, as well as Gawker’s John Cook, while offering a look inside newspaper offices and how they push out clickable fluff and contend with regular downsizing in a vulnerable market.

Tollman manages to pull an impressive dark comedy from all this horrid behaviour. The debut writer/director shows off the confidence, skill and style we saw in Jason Reitman’s Thank You For Smoking. He relishes snappy, salty and regularly hilarious banter while throwing down 70s style with split screens and anachronistic graphics, and moves the film along with the chaotic energy befitting of Ford. But, as with Reitman’s movies, the snap and filmmaking pizzazz give way and leave you with something soulless.

There are two stories running parallel in Run This Town. One is Bram’s, the other revolves around the special aides in Rob Ford’s office, led by Mena Massoud’s disarmingly passionate smooth operator Kamal (who Lewis’s Ford keeps pronouncing “Camel”). Kamal tidies up the disasters left behind by his boss and toys with journalists who try to get close to a story by giving spiels that make them look like the taxpayer’s enemy. Massoud, who boarded this production immediately after his starring turn in Aladdin, is terrific. The Toronto actor walks an incredible line between savvy and vulnerable, doing soulless work and struggling to find the justification in it.

Lewis’s take on Ford is actually pretty great, but his performance is hard to see beneath a distracting and embarrassing latex job that looks like Mike Myers as Fat Bastard. From under the layers, Lewis captures the heartfelt and amusing aspects of the former mayor but also his worst drunken antics, temperamental blow-ups and offences toward the media, the community, counsellors like Paula Fletcher and women in general.

Then there’s Platt, doing a fine job making a rather poor case that a young man from a privileged household may not have it all that great. He makes a show-stopping speech about this that I’ve listened to a couple times and I still can’t make sense of it. But the argument goes something like this: no matter how hard Bram works, juggling listicle duties while trying to contribute something valuable, he simply can’t catch a break at his job (apart from the favours he received to land it in the first place).

Whenever Bram begins to feel sorry for himself, he’s torn down by other women, most powerfully by his boss. Ehle delivers a furious monologue about how all people like Bram have to do to keep a job is show up and keep their head down, while others aren’t so lucky.

In these moments, Tollman seems critical about white male privilege. But his movie also upholds it by choosing not to acknowledge Doolittle’s work investigating Ford.

Despite all its accurate details – the Toronto Star and the Globe get name-checked – Doolittle isn’t even rewarded a mention. Instead, some fictional journalist named Brian Dixon (presumably meant to replace Gawker’s John Cook) gets sole credit for cracking the case. Doolittle’s erasure from the very story she delivered denies us the chance to have an All The President’s Men-style movie be about a woman.

In the end, white male privilege rules, no matter how much the film doesn’t subscribe to that truth.