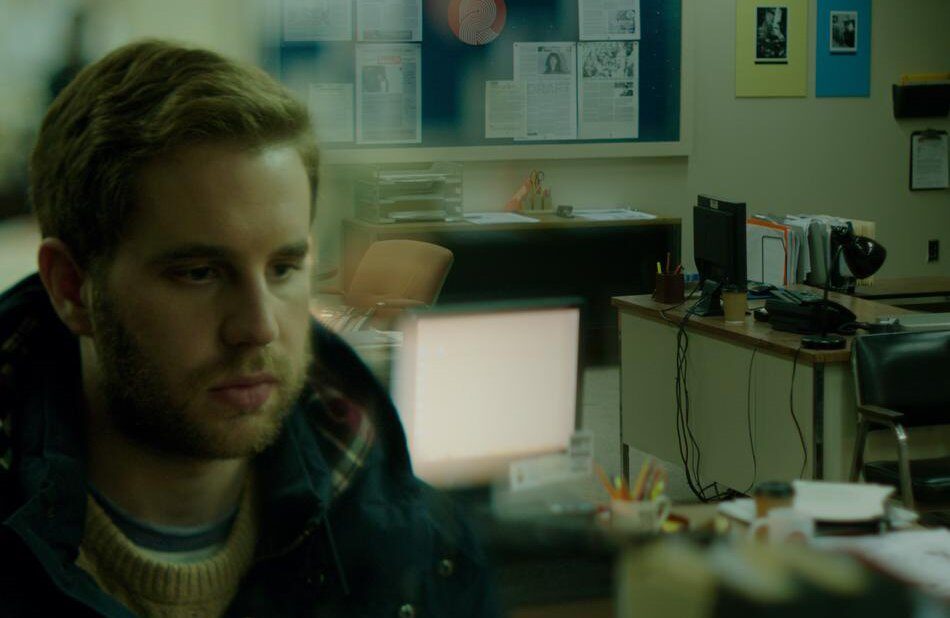 When word got out that a movie depicting the Rob Ford crack-smoking scandal would star Ben Platt as a reporter investigating the former mayor, Robyn Doolittle was quick to point out the film’s biggest problem.

“I’m glad they’re rewriting the fact that it was a female reporter who investigated Rob Ford,” tweeted the former Toronto Star reporter who wrote the book on Ford, Crazytown. “Why have a woman be a lead character when a man could do it? Ammaright?”

Platt responded on Twitter that Run This Town, which premiered last night at SXSW, isn’t about Doolittle’s investigation. Instead it follows a fictionalized white male journalist who couldn’t keep up with it. And despite the movie’s glaring omission, it turns out to be a slick and entertaining look at Toronto’s dark days, with Damian Lewis pulling few punches in a latex-assisted take on the late mayor.

Platt’s Bram works at a print newspaper called The Record where the editors (Jennifer Ehle and Scott Speedman, both terrific) keep him pushing BuzzFeed-style lists, never giving him the chance to work on real stories and proceeding cautiously when he accidentally steps into intel on the crack video that’s being shopped around to various outlets.

His efforts to acquire the video follow the steps described by both Star reporters Doolittle and Kevin Donovan and Gawker’s John Cook, while offering a look inside newspaper offices and how they push out clickable fluff and contend with regular downsizing in a vulnerable market.

There are two stories running parallel in Run This Town. One is about a desperate journalist trying and failing to crack his first big story. The other revolves around the special aides in Rob Ford’s office, led by Mena Massoud’s disarmingly passionate smooth operator Kamal (who Lewis’s Ford keeps pronouncing “Camel”). Kamal tidies up the disasters left behind by his tornado boss and toys with journalists that try to get close to a story by giving spiels making them look like the taxpayer’s enemy.

The relevance a Rob Ford story has for a U.S. audience was obvious at the premiere in Austin. Torontonians were already familiar with Trump’s bombastic tactics and attitude toward the media and immigrants because we had it first, and we’re re-living the nightmare with Doug Ford in office.

With details lifted from police reports and local media, Run This Town sticks close to the Ford saga in surprising detail. His bullshit taxpayer rhetoric makes for wickedly paced back-and-forths between the actors playing City Hall staff. At one point, somebody likens the former mayor to “the town’s mall Santa,” taking pictures with everybody and making promises to constituents, and leaving it to his elves to deliver. And the film doesn’t shy away from embarrassing details and how the numerous scandals broke. The groping incident and that quip about “plenty to eat at home” are all worked into its narrative.

Tollman manages to pull a muscular dark comedy from all this horrid behaviour. The debut writer/director shows off the confidence, skill and style we saw in Jason Reitman’s Thank You For Smoking. He relishes snappy, salty and regularly hilarious banter while throwing down 70s style with split screens and anachronistic graphics, and moves the movie along with the chaotic energy befitting of Ford. And he leans in on a terrific ensemble cast led by Massoud (next to be seen in Aladdin). The Toronto actor walks an incredible line between savvy and vulnerable, doing soulless work and struggling to find the justification in it.

Lewis’s take on Ford is actually pretty great, though his distracting latex job looks like Mike Myers dressed as Fat Bastard. From under the layers, Lewis captures the heartfelt and amusing aspects of the former mayor but also his worst drunken antics, temperamental blow-ups and offenses toward the media, the community, counsellors like Paula Fletcher and women in general.

Then there’s Platt, doing a fine job making a rather poor case that a young man from a privileged household may not have it all that great. No matter how hard he works, juggling listicle duties while trying to contribute something valuable, Bram simply can’t catch a break at his job (apart from the favours he received to land it in the first place).

Whenever Bram begins to feel sorry for himself, he’s torn down by other women, most powerfully by his boss. Ehle delivers a furious monologue about how all people like Bram have to do to keep a job is show up and keep their head down, while others aren’t so lucky. That narrative also has a parallel in the relationship between Ford and Kamal. In these moments, Tollman concedes to white male privilege, and yet he also upholds it in choosing not to tell Doolittle’s story.

The movie is full of accurate details. The Toronto Star and the Globe get name-checked. But Doolittle isn’t even rewarded a mention. Instead, some fictional journalist named Brian Dixon does (presumably meant to replace Gawker’s John Cook).

Doolittle’s erasure from the very story she delivered denies us the chance to have an All The President’s Men-style movie be about a woman. In the end white male privilege rules, no matter how much the film doesn’t subscribe to that truth.