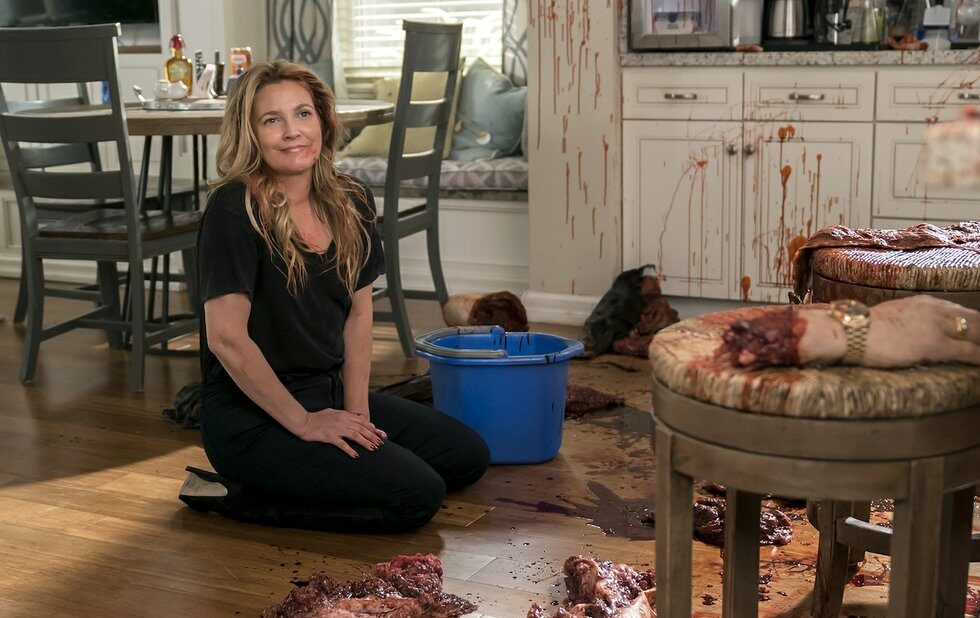 I won’t come out and say Santa Clarita Diet is the best sitcom going – can anyone make such a definitive pronouncement in the age of peak TV? – but it’s certainly my favourite.

The second season of Victor Fresco’s Netflix comedy finds the show right back at the intersection of suburban farce and gross-out horror – and stronger than ever now that he doesn’t have to worry about establishing its tone. At this point, viewers know what they’re in for – and if they don’t, the first season is right there to be binged.

Drew Barrymore’s undead realtor Sheila Hammond is still enthusiastically predatory, chowing down on anyone she deems a bad person, while her husband Joel (Timothy Olyphant) and their teenage daughter Abby (Liv Hewson) do their best to keep things as normal as possible while being very aware that that’s not even remotely the case. They’re like any family with an ailing relative, just a little more extreme: Mom has to be chained in the basement so she doesn’t eat the pizza guy.

The actors are just having the best time: Barrymore bounces around with chipper menace, Hewson’s deadpan is the gift that keeps on giving, and Olyphant’s wide-eyed mania makes his every scene crackle with unpredictable energy. It’s as though Joel has been in a state of mild shock since the show’s pilot, and is coming out of it very, very slowly.

This season introduces a host of new characters – including two sets of competing couples played by Joel McHale and Maggie Lawson, and Zachary Knighton and Jee Young Han – as Fresco expands the show’s mythology without ever losing the sense of bewilderment that’s so crucial to the family.

He also brings back some familiar faces (no spoilers!) while once again casting even the smallest roles with comic pros who can find and carry the show’s very specific tone.

What else can I say? I love this show it makes me laugh very hard, and it makes me appreciate the amazing clarity with which Fresco operates. His previous shows Andy Richter Controls The Universe and Better Off Ted created slightly lunatic worlds that were a joy to explore, and Santa Clarita Diet does, too. It’s just that you need coveralls for this one.