TV review: Save Me season two is a smart, explicitly Torontonian series 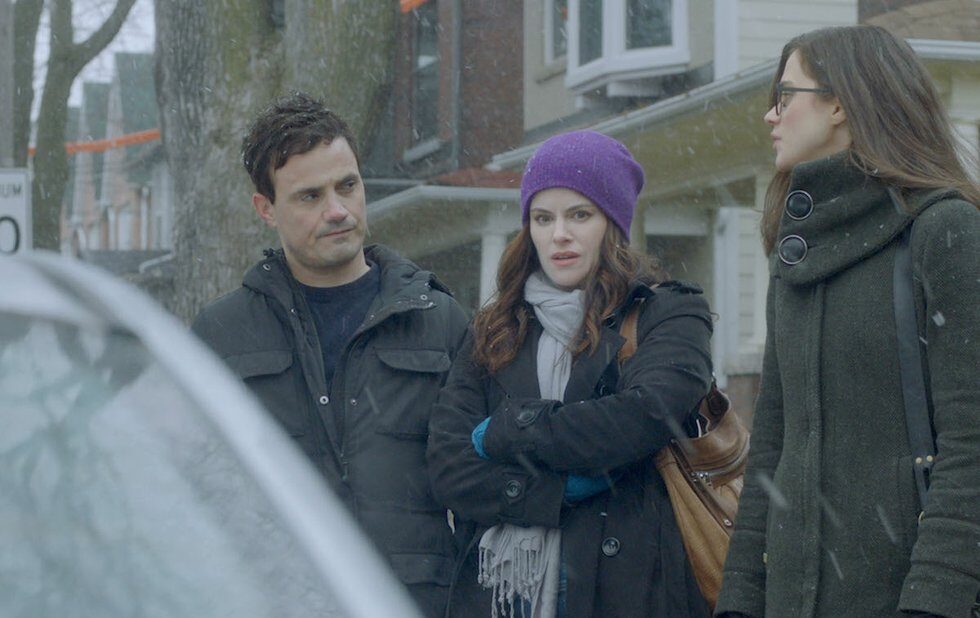 Fab Filippo (left), Emily Hamphire and Rebecca Liddiard confront a crisis in Save Me.

Save Me is kind of a weird show. That’s why I like it.

Created and directed by the actor Fab Filippo, the web series – which returns for a second season Thursday (June 27) on CBC Gem – is an anthology show about Toronto paramedics and the people they meet on the job. Some episodes follow the paramedics others focus on their patients, following their lives as they move towards whatever disaster will put them in need of emergency assistance.

The concept is ingenious, infusing any situation with tension and dark humour: is a conversation on the stairs of Comedy Bar going to end with someone slipping and falling? Is a restaurant scene going to end with third-degree burns, a broken wine glass severing an artery or a chef’s knife in someone’s neck? Is a simple drive home going to end in a crash? And what about those two idiots trying to trim a hedge with a lawnmower? That can’t possibly end well. (Spoiler: it does not.)

Picture the prologue of a Six Feet Under episode given room to breathe. Each bite-sized episode of Save Me tells a complete story for the characters involved, and not always in the same tone. One episode is structured as a hangout comedy another as a simmering drama about a workplace flirtation. There’s a charming look at the lives of two struggling stand-ups, and a small, moving vignette about two sisters whose conversation is derailed by a man in crisis. The one about the idiots and the lawnmower? That’s a deadpan farce.

The show’s elasticity allows for almost anything, really – and the anthology nature gives Filippo the chance to load it up with local actors, among them Nicholas Campbell, Schitt’s Creek’s Emily Hampshire, Frankie Drake Mysteries’ Rebecca Liddiard, Bad Blood’s Joris Jarsky and Lisa Berry, Kim’s Convenience’s Andrew Phung and Rodrigo Fernandez-Stoll, Godless’ Joe Pingue and, somehow, Peter Mansbridge. They show up, they do their thing, they disappear. Hampshire is the only major guest who appears in more than one episode – and while the two stories are absolutely unrelated, each one informs her character’s behaviour in the other. They’re also the two best episodes of the show, as I’ll explain momentarily.

The sixth episode reunites the show’s core cast of paramedics – including Filippo, Amy Matysio, John Bourgeois and Suresh John – to deal with the suicide of a colleague. It’s here that the series earns its release date of National PTSD Awareness Day, though that might put more weight on it than it can handle. Although Filippo might have set out to make a show about PTSD – the press materials bill Save Me as a “traumcom” – Save Me is “about” PTSD in the same way that it’s about urban living they’re the air the characters breathe, but rarely notice.

If anything, the urban-living stuff is what will draw streamers to watch Save Me, especially Toronto viewers: it’s a show that captures the feel of the city’s scattered communities and cultures with surprising accuracy.

Episode 203, with Hampshire and Liddiard as sisters whose ride home is interrupted by Pingue, finds something very specific in the way city dwellers have to be able to cope rationally with irrational events, but doesn’t turn its characters into some hipster cartoon of apathy. And Episode 205, in which we see Hampshire battling depression (and condo living) while honing her stand-up skills at Comedy Bar, says more about the isolation that can be a side effect of living in a bustling metropolis. (It also gives Fernandez-Stoll a great showcase as another comic who lives in the unit below hers.)

Both of these episodes expand the show’s world while also making it feel explicitly Torontonian. Save Me doesn’t have to make big statements it can just watch people be people. Sometimes they’re up sometimes they’re down. And when they need help, the paramedics are there for them. Just like real life, one hopes.