Say Si to The Trip To Spain 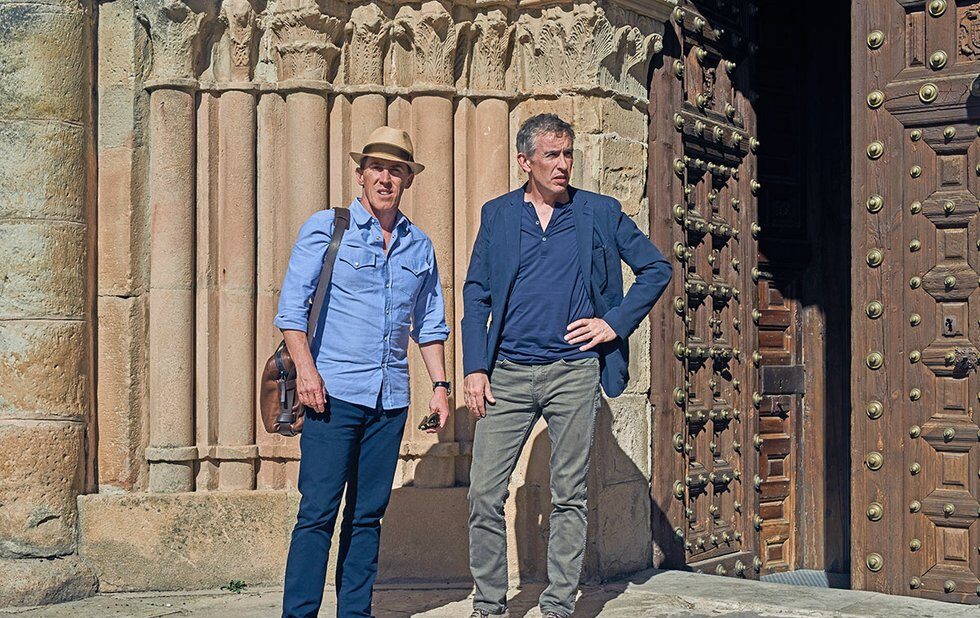 Michael Winterbottoms Trip movies are a weird funhouse mirror of Richard Linklaters Before trilogy, replacing Jesse and Celines romantic tension with the possibility that Steve Coogan will throw a plate of shrimp at Rob Brydons head in a fancy restaurant.

Im okay with that.

The Trip To Spain marks the third gustatory road trip for Coogan, Brydon and producer/director Winterbottom, after touring the Lake District in 2010s The Trip and going Continental in 2014s The Trip To Italy. As is now customary, the actors fictionalized selves drive around for a week of fine dining, celebrity impressions and barely veiled one-upmanship.

The stakes are low, the scenery is gorgeous and the bits are very funny, even if theyre largely built on what got laughs the last time around. Like its predecessors, the feature has been distilled from a six-part UK television series also like its immediate predecessor, The Trip To Italy, it simply hangs out with its characters as they do their very specific thing in a new location.

We have seen Steve and Rob launch into duelling Michael Caine impressions over exquisitely plated seafood, and playfully annoy one another in museums and during photo shoots we have watched Steve attempt to impress people with his fame which now includes two Oscar nominations for writing and producing Philomena, you know while Rob contents himself with his growing family and a career thats doing just fine, thank you.

Its familiar, but Winterbottom, Coogan and Brydon are betting on our familiarity. Theyre showing us what happens when old friends riff together, how favourite bits become interpersonal currency.

The inside jokes between Steve and Rob are our inside jokes as well, and, because we know their rhythms, we can also divine the moment when needling turns from loving to cruel, and when someone lashes out because he feels insecure.

Its a pleasure to spend time with these people, even when theyre being dicks to one another, and Winterbottom knows it. He encourages us to enjoy Steve at his most supercilious and Rob at his most obnoxious, even as The Trip To Spain seems to understand this premise has been milked to its last drop.

And if this is the last time we get to hang out with these characters, Im okay with that too. Its been delicious.