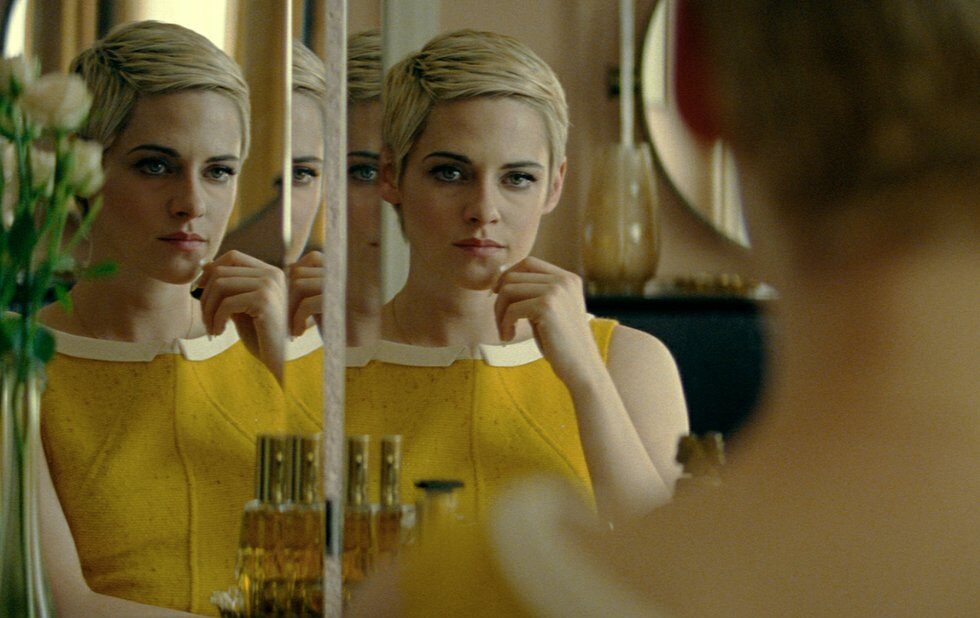 There might be one name in the title, but Benedict Andrews’s glossy surveillance thriller is about two people: Jean Seberg, an actor from the American midwest who became iconic in world cinema for her role in Jean-Luc Godard’s Breathless, and Jack Solomon, a fictionalized FBI agent who is spying on her.

By opening with a recreation of Seberg’s death scene from Otto Preminger’s 1957 film Saint Joan, Andrews positions his titular subject as a modern-day martyr – a heretic in the eyes of Hoover’s FBI for using her celebrity platform and privilege to support civil rights groups like the Black Panthers.

Martyr movies are popular lately. Seberg joins Terrence Malick’s A Hidden Life and Sophie Deraspe’s Antigone as part of a crop of recent films about characters who unwaveringly choose a principled path and are systematically shunned and destroyed as a result.

But unlike A Hidden Life and Antigone, Seberg doesn’t try very hard to feel Jean’s agony. What does it mean to show solidarity with a controversial political movement in the face of intense government surveillance? Is there even free will in a surveillance state? And what do race, class and money have to do with it?

Sadly, Andrews isn’t interested in elucidating the heavy themes embedded in screenwriters Joe Shrapnel and Anna Waterhouse’s quippy dialogue. The characters’ lives couldn’t be more narrow they revolve exclusively around Jean and her colourful, picture-perfect world in which no dress is wrinkled, no makeup is smudged and no hair is ever out of place. Seberg tells a messy, complicated story in blandly exacting fashion.

The first half of the movie is set in the late 60s and follows Jean (Kristen Stewart) as she meets Hakim Jamal (Anthony Mackie), a civil rights activist and cousin of the late Malcolm X. He meets Jean while accompanying Malcolm X’s widow Betty Shabazz on a flight to Los Angeles. After bursting into the first-class cabin, where Jean and her agent are discussing scripts, he accuses the staff of intentionally relegating Shabazz to economy. When the plane lands, an intrigued Jean struts over to a group of Black Panthers posing for photographers on the tarmac and raises a fist in solidarity.

Self-assured, beautiful and rich, Jean starts cutting cheques and volunteers at a Black Panther-run school, blithely unaware that she is being tailed. When she begins an affair with the married Hakim, Jack and Carl use it to sow discord among Black activists, and between Hakim and his wife Dorothy (Zazie Beetz).

The film’s second half shifts into a standard cat-and-mouse thriller as Jean becomes aware she is being watched and the FBI hatches a plan to destroy her reputation. Meanwhile, Jack grows conflicted, which in turn affects his relationship with his liberal, med student wife Linette (Margaret Qualley) in an undercooked subplot.

The decision to parallel Jack and Jean isn’t bad per se, but his character amounts to little more than a one-dimensional representative for WASP culture. His goodness is never really in question since he is constantly contrasted against one-dimensional Carl, who is violent, sexist, racist and a homophobe.

Like everything else in Seberg, the conditions of these agents’ lives are not examined. Where did they grow up? What shaped their world view? Does Jack even have a world view?

Hakim and Dorothy fare even worse. Their lives exist exclusively in relation to Jean and are saddled with loaded lines like “The revolution needs movie stars” that simultaneously raise and discard ideas in a single breath. What experiences led them to the struggle? How do they cope with surveillance and disagreements between activists?

Whenever it seems like an exchange is about go deep, Andrews keeps Seberg moving with breezy pacing. As the FBI’s schemes grow more invasive, diabolical and shocking – at one point, the agents are tasked with installing a “fuckwire” in Jean’s bedroom – it’s clear the movie is content to merely report these acts to the audience rather than convey the gravity of, say, the U.S. government’s track record of using gender and sexual history to shame women deemed politically dangerous.

Hakim tells Jean her financial support is polarizing among the Panthers, warning her that her class position is as destabilizing as it is financially helpful. But we never get a conversation between Hakim and Dorothy or Hakim and another Panther to show how this is playing out. Does Jean even get what he’s saying? It’s never made clear. To suggest she does would complicate this film’s simplistic moral universe.

Stewart seems game for the movie’s broad melodramatic tone but when she goes from determined activist to suicidal wreck, her performance seems stuck in first gear. We never really get inside the character’s head. Andrews’s fun, high-saturation aesthetics gradually grow distancing, leaving Stewart to literally flail around on the floor before delivering a Big Speech In A Room Full Of People that condescendingly summarizes the movie’s message while weakly pointing a finger at Seberg’s presumably white liberal audience.

But we don’t feel her wrath. Like Jack, we merely witness it. Seberg’s story is hugely dramatic, infuriating and timely – well worth a screen adaptation – but we only get superficial insights into its subject, her cinematic accomplishments, the experiences that shaped her politics and the conviction that drove and, apparently, destroyed her.