NOW MagazineMovies & TVReviewsReview: Shadow is a gorgeous-looking wuxia epic with a convoluted plot

Review: Shadow is a gorgeous-looking wuxia epic with a convoluted plot 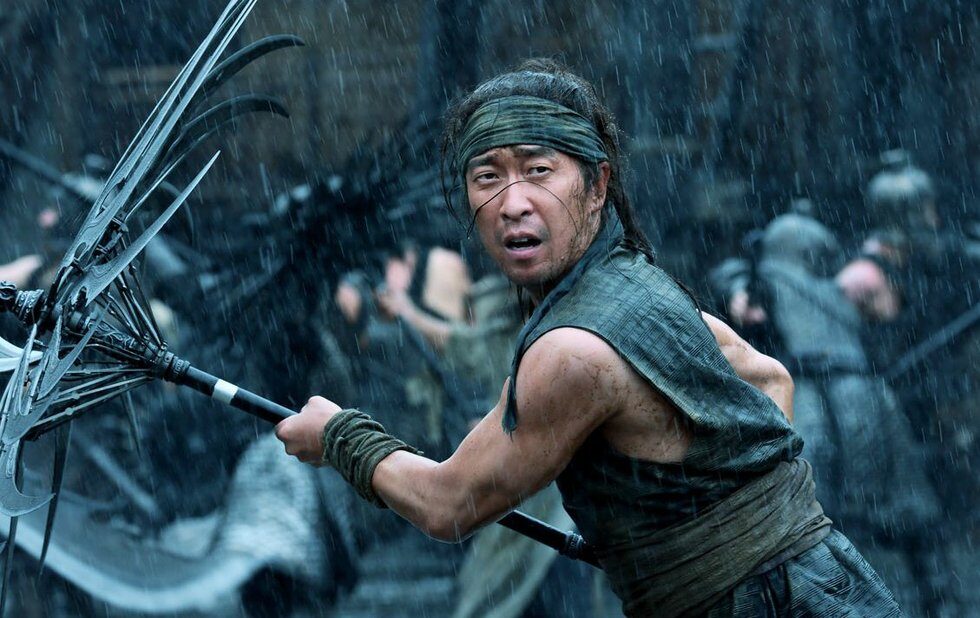 With his crossover hits Hero and House Of Flying Daggers, Chinese director Zhang Yimou fashioned bright and beautiful wuxia epics that looked like a bag of Skittles exploded onscreen.

Shadow, Zhang’s return to the genre (and return to form after that Matt Damon-starring catastrophe The Great Wall), is no less striking, even if it bleeds out all the colours.

This time around, Zhang’s working strictly with grey-scale and luxuriating in every gradation it has to offer. White silks, black paints, grey rocks and the blades on swords, spears and some nifty umbrella weapons are his raw materials, composed into awe-inspiring images that drown out whatever qualms you might have with the rickety, convoluted plot.

Set during the Three Kingdoms period in China, the film takes forever setting up its roster of Kings, Commanders, their imposters and the women who are hip to the multiple courtroom intrigues at play.

Star Deng Chao plays a dual role, both as the Commander bent on reclaiming his city from an occupying force, and the Shadow. The latter, named Jing, was plucked from poverty as a child, hidden from sight and forced to train to be a decoy for the Commander. And now that the Commander is dying from a previous battle wound, he calls on his shadow to take his place in court, battle and his marriage to Madam (Sun Li).

The awkward and intense sexual tension between Li’s Madam and Chao’s Jing gets us through long and needlessly complicated expository sections – that, and Zhang’s painterly scenery.

But as with Hero and Flying Daggers, the action sequences are the meat and potatoes. We have to wait to get to the battles, but Zhang doesn’t skimp when serving up the balletic movements, the imaginative ways to impale bodies and the slow-mo splash blood makes against water.