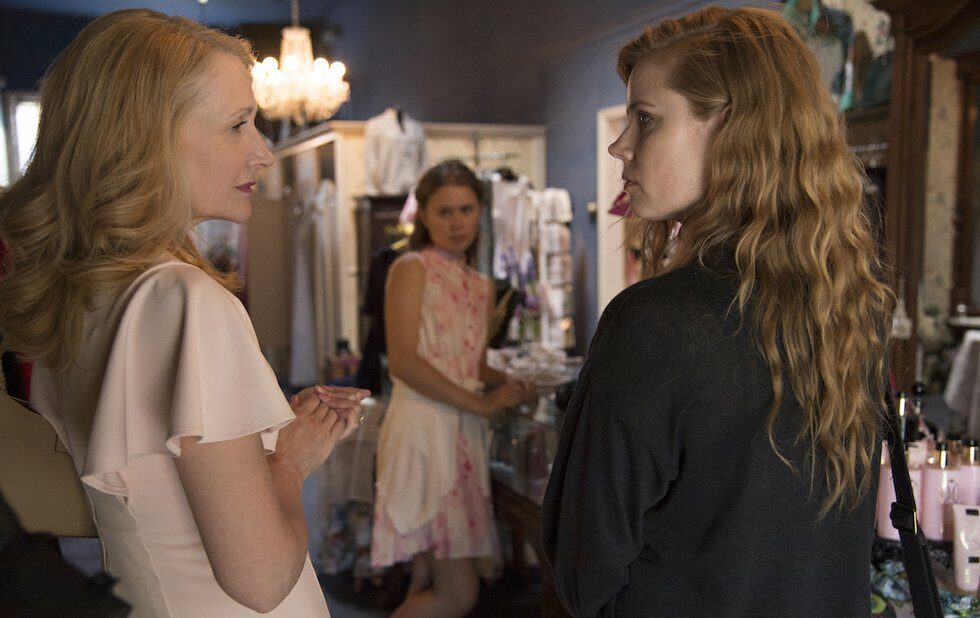 Montreal’s Jean-Marc Vallée is a DJ/filmmaker, and not just because of his relentless and inspired use of popular songs on soundtracks.

In films like C.R.A.Z.Y., Dallas Buyers Club and Wild, Vallée’s images and sounds spin, mix and scratch. He often doubles as editor, clutching total control and delivering an identifiable style full of dizzying flourishes. You could praise him for making his movies dance or accuse him of being too showy. Perhaps that’s why he pulled back a bit, refusing to overwhelm the crackling good Big Little Lies with his tics.

There is no such restraint in HBO’s limited series Sharp Objects and it’s all the better for it. Rarely has Vallée’s signature felt so perfectly married to the material: a murder mystery set in a small town where a gothic ghost story hangs thick in the air.

A Wind Gap girl has been found murdered, another has gone missing and Camille has been sent to wade through the swamp and write a human-interest story in the hopes she can sniff out what might be a serial killer.

As with so many pulp fictions, Camille is in prime detective position, or at least that’s where the genre would peg her. But over the course of the seven out of eight episodes sent to critics, she doesn’t seem too committed to solving the mystery.

The whole town – a humid rumour mill – is active in interrogating the suspects’ behaviour, deciding guilt not based on actual evidence but on whether their tears are convincing. How people absorb pain and then go about releasing it is what this show is really about. That’s what we’re watching in Camille.

She’s a fractured character, numbing her anguish in all the alcohol she can discreetly carry around or using blades or needles to carve out words like “Vanish” on her skin. In the Southern heat, she’s the only person wearing long sleeves and jeans, covering up the self-inflicted damage.

Camille’s outward personality is also a cover. She’s cool, calm and quick with the quips. But in a predictably strong, thrilling performance by Amy Adams, you catch her eyes quiver when someone turns their attention toward Camille’s private life.

She is good at observing but terrified of being observed. Vallée directs the observation. He’s proven with Wild and Big Little Lies to be among the very few male directors who respects a female consciousness. His work sees strength in vulnerability and never feels condescending or pitiable.

What drives the series is unraveling the root of Camille’s harmful behaviour: whether it’s a deceased little sister, a troubling sexual encounter, an overbearing Southern Belle mother played with frightening delicacy by Patricia Clarkson, or Wind Gap’s entire history with class and gender roles.

All of those things haunt the proceedings, and Vallée’s sensuous and swirling direction wields them with startling effectiveness. In Sharp Objects, memories are ghosts, alternately comforting and chilling. They float in and out, blurring past and present, at times barely noticed and at others shattering the calm.