Rating: NNNNThe history of skateboarding, with its images of long-haired teenage boys from the 70s skimming around California schoolyards, doesn't.

The history of skateboarding, with its images of long-haired teenage boys from the 70s skimming around California schoolyards, doesn’t sound like a significant subject for a documentary, but Dogtown And Z-Boys proves me wrong. This riveting film sheds light on the growth of a sports phenomenon and a fascinating subgroup within male culture, lost boys on wheels who never wanted to grow up and in a way never have.Dogtown And Z-Boys is directed by Stacy Peralta, a member of the original Z-Boys, the group that changed skateboarding from a 50s novelty exercise into an extreme sport.

Peralta was able to convince the Z-Boys — now men in their 30s and 40s who recall their adolescent activities the way Mercury Seven astronauts remember being part of the dawn of the space program — to reminisce. They knew Peralta would get their history right, since he was there making it along with them.

Peralta wisely splits the film into sections that explain skateboarding’s origins in the 70s.

Firstly, Dogtown was the name of L.A.’s seaside slum, where the Pacific Palisades Pier had fallen into a state of disrepair. Tough kids who surfed along this economically depressed part of the beach skirted around pieces of broken roller-coaster track and pylons that could impale them if they wiped out.

When the boys climbed out onto dry land, they hung out at the Jeff Ho & Zephyr Production Surf Shop, where designer Ho made one-of-a-kind surfboards that reflected the tough, urban feel of his neighbourhood. There they started to rip apart roller skates and attach their wheels to mini-surfboards to practise their surfing moves.

Soon they were riding in the many So Cal schoolyards that were nothing less than concrete basins, and when a drought hit the area, the Z-Boys skaters became swimming pool guerrillas looking for empty backyard pools to skate in. In 1975, without fanfare, this group of ragtag skaters, mostly from broken homes, entered the first national skate competition in Del Mar, California, and turned the sport on its head.

Skating may have been fun for them, but it was serious fun. What Dogtown And Z-Boys does so well is to capture that sense of liberated male athleticism, those moments when a young man, in the best physical shape of his life, hits the zone and does things he never dreamed were possible. ingridr@nowtoronto.com

written by Peralta and Craig Stecyk, 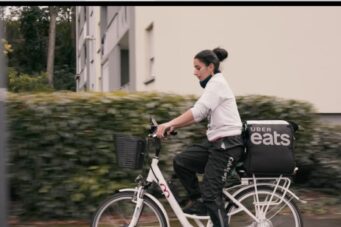