The Toronto-shot DC movie plays up the childishness in the material, but also relishes it in the way a child might 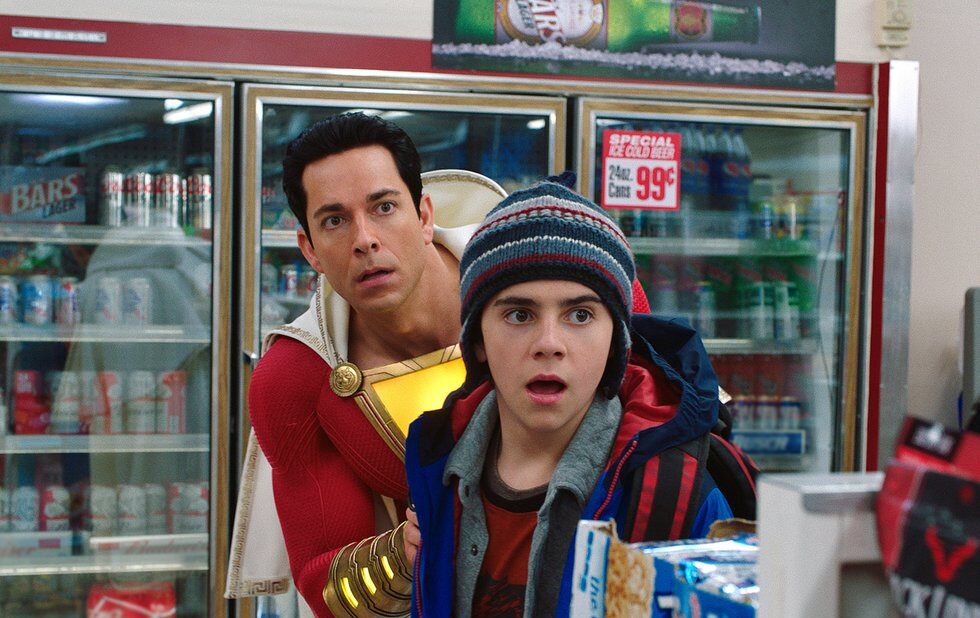 Except that it’s not the TTC because Toronto is dressed to look like Philly. The train is slightly redressed to belong to SEPTA. And instead of enduring the common ass-numbing TTC delay, Billy deals with a whole other subway woe.

The train magically evaporates all other passengers and flies Billy to a creepy cave where a ragged wizard (Djimon Hounsou) is looking to baptize a worthy new superhero to ward off evil spirits.

But before we get to the superhero stuff, there’s one small detail I can’t let go of. When the train arrives, Billy gets a look at the dark and smoky cave where a subway platform is meant to be. In his bewildered state, he stares. And then he turns around to double-check the transit map.

That’s the first laugh-out-loud moment of so many, a puncturing bit of comic relief where Billy digests the shenanigans before him and the movie takes the time to just savour his process – and the wonderful performance selling it.

It’s exactly the kind of character detail that makes Shazam! such a welcome addition to the comic book movie landscape. We get so many moments like it, where the typical pizzazz is nothing compared to how it’s received by the cast. You see it when Billy morphs into a puffed-up adult with a tacky lightning-bolt-emblazoned costume (and played so winningly by Zachary Levi) when he discovers electricity crackling from his fingers and when he recruits his superhero-obsessed housemate Freddy (Jack Dylan Grazer) from the foster home to help experiment with all the other abilities that come with donning a cape.

Director David F. Sandberg has a horror background (Lights Out) and his low-budget resourcefulness serves Shazam! brilliantly. This isn’t a movie that tries to win you over by piling on the most expensive CGI and pyrotechnics. Here, that stuff seems built from a humbler budget, and the movie doesn’t even attempt to be convincing about it.

Instead, they invest in how the young (or young at heart) characters interact with all the ridiculous superhero mechanics thrown at them. They do it with heavy dollops of humour, excitement and wonder. And all that saving-the-world stuff can wait because, as it turns out, two kids playing with handheld lightning for shits and giggles can be way more fun to watch.

That trendy term, “irreverent humour,” is there in Shazam! It pokes fun at everything from superhero obsession to the very fact that Billy’s alter ego lacks a name. (In the comics he’s called Captain Marvel. There’s a whole legal history behind the obvious complication. At a certain point, the kids relent and just call him Shazam but only after “Captain Sparkle Fingers” is considered.)

But the irreverent humour is not at all like that found in Deadpool, which takes jabs at itself and the whole genre in such relentless and cynical ways that it left me feeling like a dead carcass on the way out.

The satire in Shazam! plays up the childishness in the material, but also relishes it in the way a child might. The movie just comes at everything with sincerity and affection.

The affection extends to its domestic scenes, too, building the warmth between Billy, Freddy and the other adorable kids in the foster home who become the superhero’s family, the people he will actually have to fight for.

When Mark Strong shows up as a rather dull villain, commanding a small monster army, the stakes built into the family actually make us care about the climactic superhero shenanigans, cheap CGI and all.