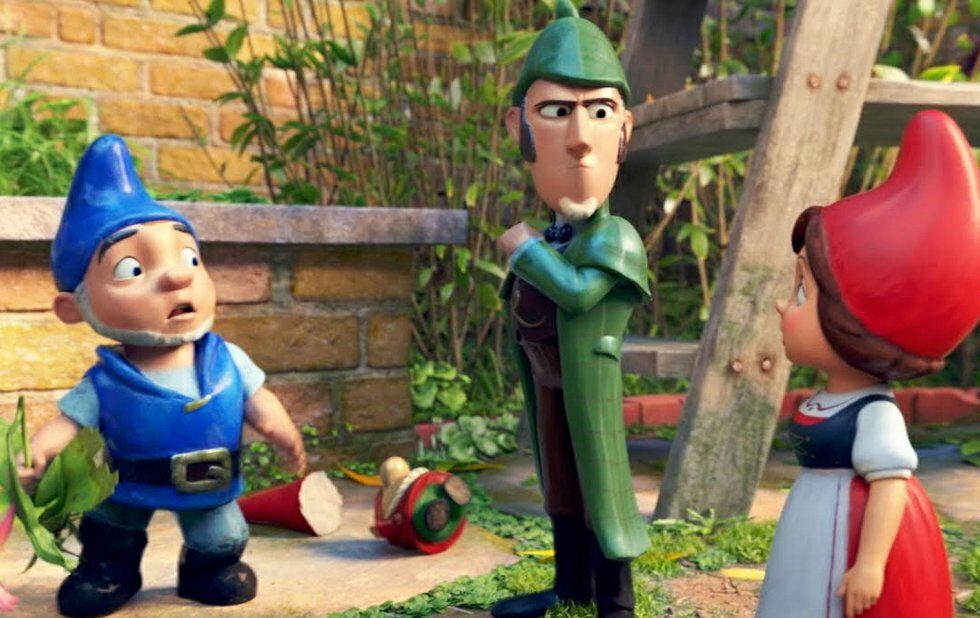 It’s elementary, dear Watson. When a goofy, animated comedy aimed at children and their parents doesn’t get many laughs at a free advance screening, you know something’s very, very wrong.

But that’s what happened during Sherlock Gnomes, a snooze-worthy sequel to 2011’s Gnomeo & Juliet in which the formerly star-crossed lovers help out Baker Street’s most famous detective (or at least his diminutive garden-figure version) and his assistant, Dr. Watson, when London’s gnomes start mysteriously disappearing.

Turns out the culprit is none other than Sherlock’s arch nemesis, Moriarty, although the latter’s animosity toward the little critters is never explained.

And so, against the underused backdrop of a bustling metropolis and propelled by a relentless stream of Elton John tunes (John is an executive producer and his husband, David Furnish, is a producer, so… ka-ching!), the mystery plays out with all the excitement of a Scooby-Doo episode.

Unlike G&J, there’s no compelling, universal theme underlying the film. And several extended sequences – including a borderline offensive one at a Chinese restaurant (can cartoons be in yellowface?) and another set at a doll museum that blatantly rips off the Toy Story movies – serve no discernible purpose.

Visually, the film – directed by Kung Fu Panda’s John Stevenson – is bright and colourful and many of the characters are realized with nice, authentic touches. But, ironically, the most effective sequences are the zippy black-and-white ones when Sherlock takes us through his brilliant deductions.

The starry voice cast, which includes Emily Blunt (Juliet), James McAvoy (Gnomeo), Johnny Depp (Sherlock) and Chiwetel Ejiofor (Holmes), is wasted in roles that don’t require much emotional range. Only Jamie Demetriou seems to be having any fun as the dastardly Moriarty, who resembles a yellow, demented, Pillsbury Doughboy.

No one was crying out for this sequel let’s hope the creators don’t cannibalize any other literary properties.