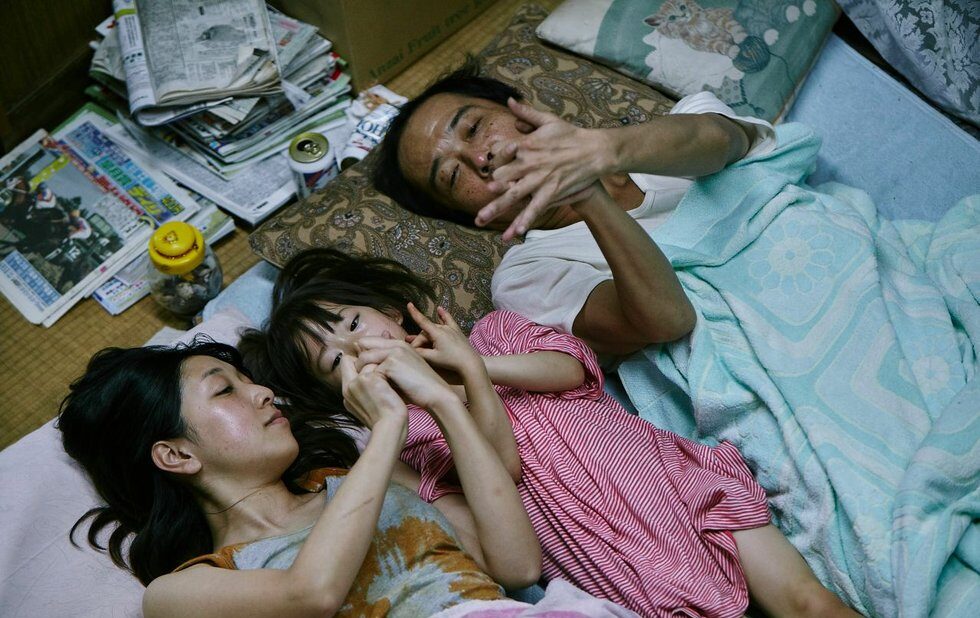 A surprise winner of the Palme dOr at Cannes this year, Hirokazu Kore-edas tale of a family of petty scammers who take in a neglected child is of a piece with the Japanese masters body of work. Like Still Walking, Like Father, Like Son and Our Little Sister, Shoplifters is calm and thoughtful, with long scenes of peaceful domesticity occasionally punctured by mild disagreement and the intrusion of external authorities.

I can see how that might sound dull. Most of Kore-edas movies start out from a fairly modest premise: a family gathers for a birthday a couple discovers their son was switched at birth with another baby three adult sisters adjust to the arrival of a much younger sister. Even when he ventures into courtroom drama, as in last years The Third Murder, the plot is still just an excuse to let him sit and watch people interact.

And in practice, Shoplifters is anything but pokey: Kore-edas deliberate storytelling style, with its special focus on Lily Franky and Kairi Jyo as the mommy and daddy figures of the clan, lets us get to know his street-smart characters and fully understand the contradictions that make them vulnerable and human.

And as this apparently amoral group reveals its collective heart, Shoplifters grows richer and warmer, building to an ending thats no less powerful for being so very small.