Comedy series featuring Aidy Bryant as a mousy journalist learning to roar is endearing and funny, but stumbles when it comes to pacing 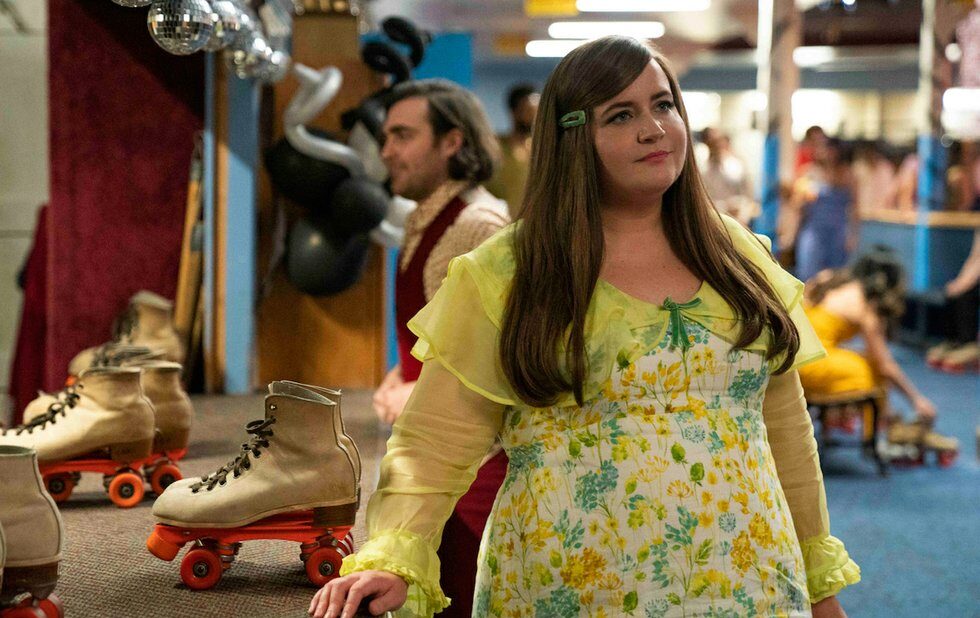 “I deserve respect. Or not, it’s not a deal breaker,” Annie (Aidy Bryant) says, midway through season 2 of Shrill. It’s a perfect encapsulation of where the sitcom’s protagonist is at so far in the show, loosely adapted from Lindy West’s 2016 memoir.

The debut season began with pushover Annie shrugging her shoulders at a parade of fatphobic abuse, and ended with her storming out of her writing gig at the local alt-weekly and whipping a cement planter through the window of her worst online troll’s (Beck Bennett) SUV.

Annie gets to ride that high only briefly. Over the four episodes given to Canadian critics to review, she oscillates between plucky bravado and wishy-washy attempts at self-assertion. It’s a little frustrating for viewers still coming down from that wild season-ending catharsis. (Then again, who among us hasn’t been a 24-year-old haphazardly trying to enforce their sad attempts at personal boundaries?)

At the start of the new episodes, the now-jobless Annie’s friends are getting fed up with her erratic behaviour, while her mom has mysteriously flown the coop to Vancouver. Bizarrely, the most stable thing in her life is her blossoming relationship with ex-hookup buddy Ryan (Luka Jones), whom the series has attempted to steer from thoughtless, oblivious couch jockey to a chaotic dimwit with a dented-up heart of gold à la Todd Chavez.

Ryan’s transformation into a vaguely credible romantic foil is often genuinely tender, as when he and Annie confess their feelings to one another early in the season he’s also put to use as the catalyst for some wacky B-plots. But his presence also brings a vague sense of dread that hangs over the episodes like a cloud of Girl Scout Cookies. Are we really supposed to pretend dude didn’t used to ask Annie to sneak out the back exit after they hooked up so that his friends wouldn’t see her?

The season leans away from fatphobia-related issues, focusing more directly on Annie’s career and relationships. With moments like last season’s transcendent pool party episode serving as landmark achievements for the show, that might be a disappointment for some. But paradoxically, it also makes the times where the issue of size does pop up – like a meet-the-parents dinner in which Annie’s mom frets nonstop about portion sizes and free bread – stand out all the more. At this point, we’ve seen Annie stand up to her harasser, fall in love, skip town in a panic, and lose – and, spoiler alert, subsequently regain – her job, and her mom’s still banging on to her about carbs?

The supporting cast also takes a bigger role – particularly Ryan and Fran (Lolly Adefope), Annie’s best friend, whose unassailably-cool demeanour gets tested when she deals with a major heartbreak.

As Annie’s boss, John Cameron Mitchell is almost a little too cartoonishly priggish, but his pompousness gets subverted to great effect in a few scenes. And, as always, Ruthie (Patti Harrison) gets to be delightfully unhinged while wearing excellent outfits. A graphic song about her own birth, which she performs at a party, is a highlight. (I may have rewound it, and possibly sang along, about five times.)

There are plot points, and solid gags, and set pieces with legitimately gorgeous cinematography and lighting – but none of it quite adds up to a sense of forward momentum, as the show takes its sweet time gradually ambling toward Annie’s future. Watching Annie come out of her shell and into her own is endearing and enjoyable, but with a third season of Shrill not yet confirmed, I just hope the show has enough remaining runway to get her there.