Sleepless will keep you up for 95 minutes

If you have to remake a French action thriller, this is a decent way to do it 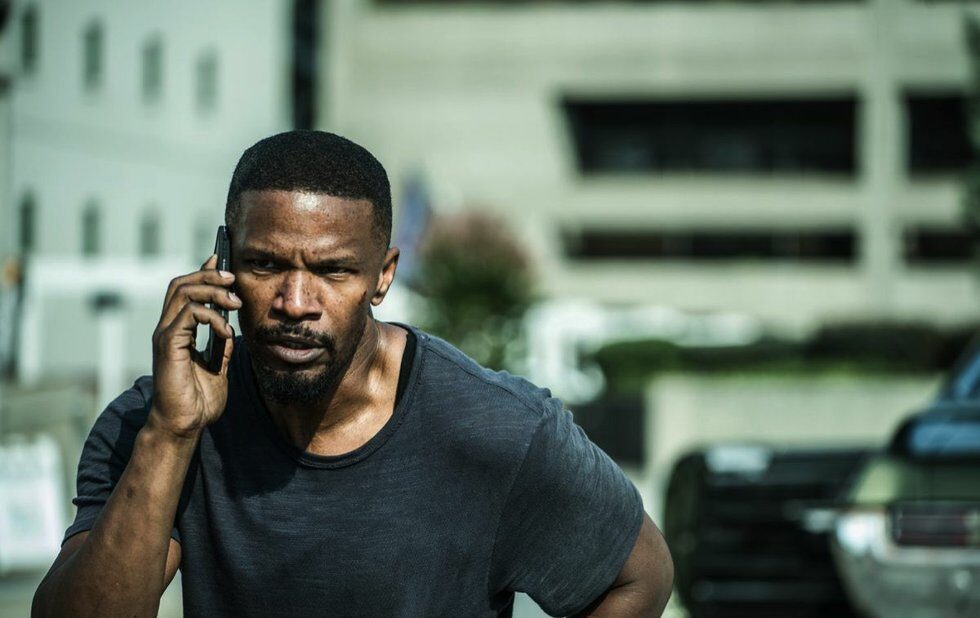 I wasn’t expecting much from Sleepless – it’s an American remake of a French thriller, dumped in February into a handful of Toronto theatres with no press screening. But I went to see it anyway, and here’s the twist: I enjoyed myself.

Sleepless is an entirely decent reworking of Frederic Jardin’s 2001 film Sleepless Night, transposing the action from a French nightclub to a giant Las Vegas casino and hotel but keeping everything else pretty much the same. It kinda has to.

Jamie Foxx is Vincent Dunn, a desperate cop racing to return 25 kilos of stolen cocaine to the mobsters who’ve kidnapped his son (Octavius J. Johnson). He didn’t mean to steal that much, and they really need it it’s a whole thing. And of course it’s not as simple as putting the drugs in a bag and handing them over – though everyone would really like it to be.

Swiss director Baran bo Odar (Who Am I) keeps the pace taut and lets his actors play Foxx sticks to sweaty desperation and brute force, while Scoot McNairy is pleasantly unpredictable as a gangster and Michelle Monaghan and Stranger Things’s David Harbour have a surprising amount of fun as Internal Affairs agents with a nicely flinty relationship.

Honestly? You could do a lot worse this winter, and you probably already have.