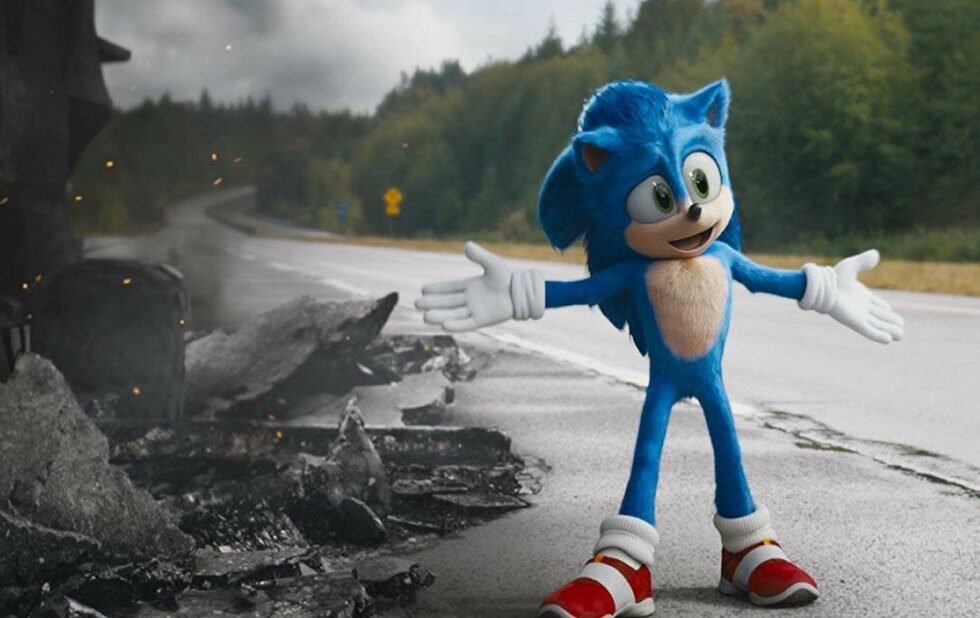 Colour me shocked: Sonic The Hedgehog is actually enjoyable.

I laughed and smiled and had my assumptions checked about a movie made by a cynical franchise-obsessed Hollywood working in cahoots with a video game company in it for the cash grab.

The Sonic movie appeared to be racing toward disaster when the first trailer was released last spring and fans cried foul over the titular character’s design. Sonic had long legs, too many teeth and appeared as though the character was going through that awkward puberty phase. With Paramount’s and Sega’s blessing, director Jeff Fowler, making his feature debut, swiftly recalled his design, pushing the release date from November, and got his team working on a more cuddly and familiar Sonic.

The movie is mostly familiar, borrowing liberally from the superhero origin story template, including some moves from X-Men’s Quicksilver. There’s a road trip, fugitives on-the-run setup that makes all the expected pit stops on the way to a chaotic finale where Sonic, voiced by Ben Schwartz, squares off against his nemesis Dr. Robotnik (Jim Carrey). But the cast and writers Patrick Casey and Josh Miller surprise us with the light gags along the way.

After a prologue sets up why Sonic must hide his powers from the universe, we find the space hog holed up in small American town. He’s amusing himself by racing past a parked cop car and setting off the radar gun, then darting behind the car to peak at his results (300 mph!). Meanwhile the flabbergasted local cop behind the wheel, Tom Wachowski (James Marsden), can’t even see what’s setting off the speed trap.

They meet properly soon enough and end up on the run together, when Tom fires a tranquilizer dart at Sonic after confusing him for the raccoons ransacking his garbage. But that’s after Sonic accidentally lets his electric powers set off an EMP-like burst and has a super elite, drone-armoured government agency – led by Carrey’s Robotnik – trying to track him down.

As much as casting Carrey in a cartoonish villain role feels like a too-easy, nearly groan-worthy choice, the comic is great, relying not only on his rubbery face for outsized expressions but also some legit funny bits about lattes, the ubiquitous Merles and Earls in small-town America and how his villainy is born from having to conquer bullies.

But Carrey isn’t the only one earning the laughs. Everyone looks to be having a good time in this light-on-its-feet kids’ adventure, especially supporting players like Lee Majdoub as Robotnik’s eager-to-please henchman and Insecure’s Natasha Rothwell as Tom Wachowski’s bitter sister-in-law.

These are all relatively new names, as are the writers and director Fowler, and they all get together to make a movie – one that should have sucked – beat the odds.