Homecoming follow-up foregrounds the charming, goofy aspects of Tom Holland's Peter Parker as he spends a trip to Europe trying to save the world 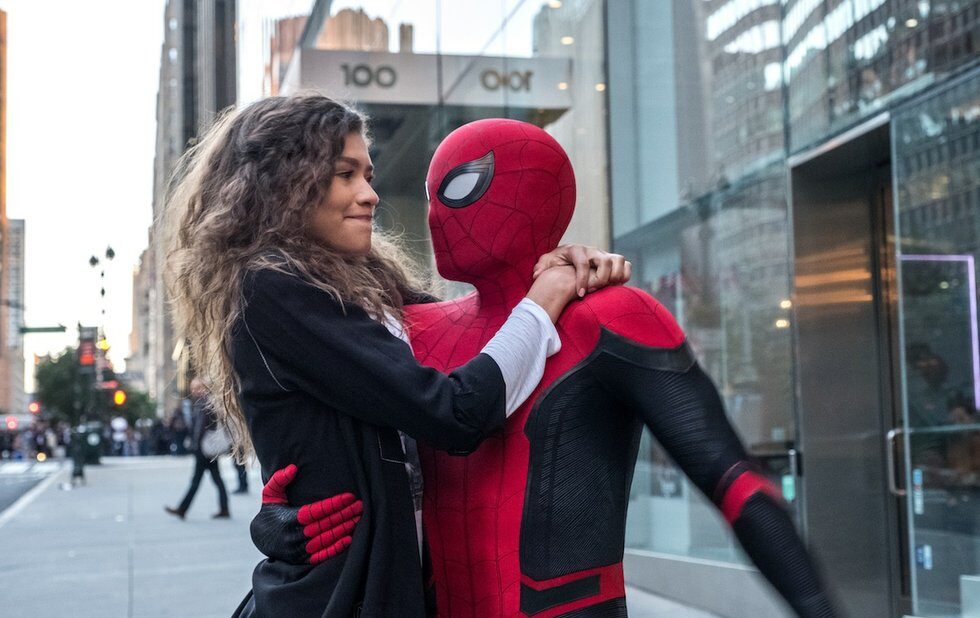 Peter Parker has had a pretty rough ride lately, what with dying at the end of Avengers: Infinity War and returning for the triumphant finale of Avengers: Endgame – only to suffer another devastating loss. For all of his quippy heroics, he’s still just a kid from Queens who’s borne more tragedy than any 16-year-old ought to know.

So it’s easy to understand why, eight months after returning to a post-Thanos world along with most of his classmates at Midtown Science, Peter (Tom Holland) would be so focused on just knocking around Europe on a school trip, and maybe telling the intimidating MJ (Zendaya) that he likes her.

This is not to be, of course, because Peter Parker is also Spider-Man, and Spider-Man has both great power and great responsibility. And when Nick Fury (Samuel L. Jackson) and a mysterious new player named Quentin Beck (Jake Gyllenhaal) recruit Peter to save the world from a mythological menace – well, it’s not like he’s going to say no.

This sounds heavier than it plays. Right from the start, Spider-Man: Far From Home shakes off the snap dust of Endgame and gets back to being lighthearted fun, with director Jon Watts finding the same rambunctious tone that made Homecoming feel like such a bright spot in the Marvel Cinematic Universe.

Sure, there are gargantuan monsters and flying heroes and quinjets and drone attacks, but mostly these movies are about a teenage kid finding his place in a world of Avengers and super-science, figuring out who to trust and who to fight, and tripping over his eagerness and need to please. That Holland manages to convey all of this every second he’s on screen is some kind of miracle, really, and the writers have learned to lean into it there’s a lovely little throwaway when Peter apologizes to Nick Fury for having gone into space that one time.

Energized by the reception of Homecoming two years ago, director Watts foregrounds the charming, goofy aspects of his overwhelmed hero, doing his best to ground the requisite action sequences in character beats that keep the story focused on Peter’s issues. (He hits the high point in a hallucinatory Berlin battle that feels like vintage Steve Ditko illustrations come to life.)

Making Tony Stark this Spidey’s Uncle Ben figure was a gamble that pays off really well: Peter’s always in search of a mentor, and having just lost one it makes emotional sense that he’d be drawn to Gyllenhaal’s charming Mysterio act. Anyone familiar with the comics will know where this is going, but how it gets there is very clever, knitting Spidey further into the ongoing Marvel project while giving Gyllenhaal room to play.

Watts lets his entire cast have fun with it, really – and not just the Marvel regulars, but the kids as well. Jacob Batalon is still a giddy charmer as Peter’s best friend Ned, especially once he starts hanging out with Angourie Rice’s Betty Brant (a nice reminder of their chemistry in last year’s Every Day) Tony Revolori is still a jerk with a tragic underbelly as wealthy latchkey kid Flash Thompson, and Martin Starr and JB Smoove are perpetual comic relief as squabbling teachers.

But Zendaya’s MJ is the Midtown ensemble’s key player, of course, and while she was backgrounded in Homecoming out of necessity, the actor gets a few fine moments here, finding the vulnerability and sweetness behind the character’s cynical facade. If Holland nailed Peter Parker from the jump, Zendaya’s MJ is a case of a performer bringing a decades-old character into focus. It’s a lovely little trick.

The Marvel regulars are represented quite nicely as well: Marisa Tomei still having a blast as Aunt May, and Jon Favreau’s Happy Hogan remains as important to Peter as he was last time, if slightly more sympathetic. And if Jackson seems to be overdoing it a little as Nick Fury… well, let’s just say he’s got a good reason.

So, yeah: Spider-Man: Far From Home is a lot of fun, occasionally moving and pretty damn smart. It demonstrates that Homecoming wasn’t a one-off, and that the Marvel project has life in it yet.

Oh, and the mid-credits stinger made my audience hoot with glee. Stick around for that.