NOW MagazineMovies & TVReviewsSpider-Man: Homecoming is the strongest Spidey film in a long time

Spider-Man: Homecoming is the strongest Spidey film in a long time

After five feature films of wildly varying quality, here’s a movie with the pure heart of its excitable young hero 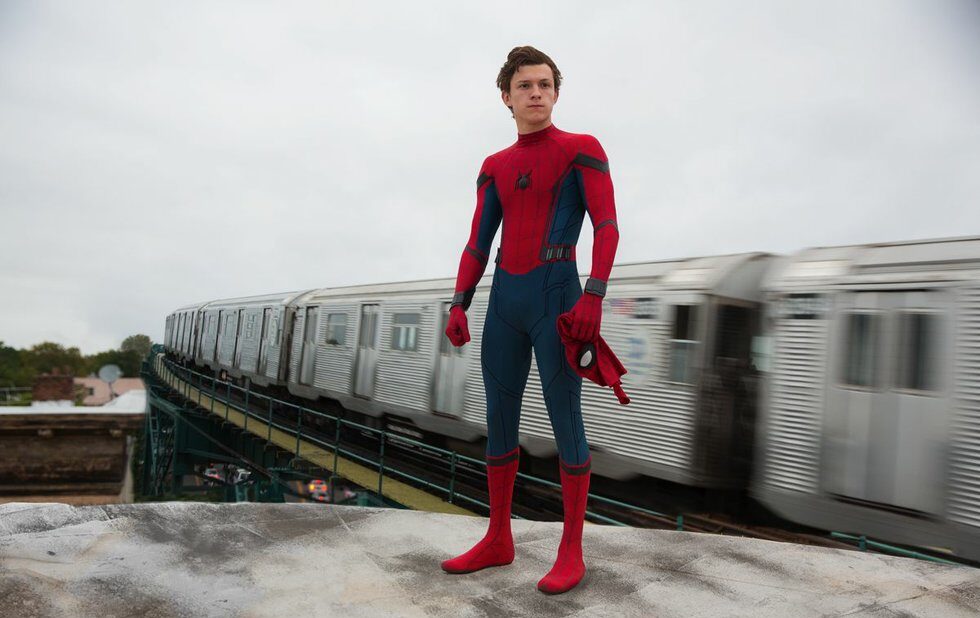 I’ve been complaining about how Marvel’s movies are all kinda samey lately – how Doctor Strange tells exactly the same story as Iron Man, but with magic, or how even a film as complicated as Captain America: Civil War had to serve as an unofficial Avengers sequel while also functioning as a relationship story between Cap and Bucky and introducing the Black Panther and Spider-Man to the Marvel Cinematic Universe. The gears were starting to show.

And yet, the defining emotion of Spider-Man: Homecoming is giddy joy. After a decade and a half and five feature films of wildly varying quality, here is a Spider-Man movie that shows the pure heart of its excitable young hero.

“Young” is very much the operative word. This version of Peter Parker is 14 going on 15, fairly new to the hero game and eager to please not just Robert Downey Jr.’s Tony Stark, but pretty much everybody. (He leaves notes for the police at crime scenes.) As played by Tom Holland, who looks much more like a kid than Tobey Maguire or Andrew Garfield ever did, Peter has bundles of nervous energy and a need to prove himself at every turn, and we can believe he was like that even before the thing with the spider.

Jon Watts, who made the clever little thriller Cop Car a couple of years ago, builds Homecoming around Peter’s personality. It’s scrappy, and it keeps taking unexpected turns – puncturing its own gravitas right off the bat with a goofy home video, or humanizing its blue-collar villain (Michael Keaton), a high-flying thief whose tech is harvested from the alien invaders of The Avengers, with depth and even a kind of integrity. He’s nothing at all like the Vulture of the comics, an old bald weirdo with a dumb bird gimmick in fact, he never even uses the name.

Keaton would be the best thing about Homecoming if it wasn’t for the delightful Jacob Batalon as Ned, a schoolmate of Peter’s at Midtown High School who becomes Spidey’s secret support team. Oh, but there’s also Donald Glover – kind of a big Spider-fan himself – as a conflicted crook with an unexpected soft spot. And Marisa Tomei, of course, as Peter’s fretful Aunt May.

Really, though, it’s Holland’s show. He established himself perfectly in Civil War, and he’s still perfect now, playing Peter’s vulnerability and increasing desperation as he throws himself into one dangerous situation after another. (Sometimes the scariest thing Spider-Man can do is meet a girl’s parents, after all.)

Holland’s performance is so different from Maguire’s or Garfield’s that it’s as if those movies never happened. Which is of course the point, since this version of Spider-Man is designed to slot into the ongoing Marvel project and pop up all over the franchise. That is entirely fine with me. This version is a kid trying really hard to be a hero, and that’s where the Marvel machinery really serves the story.

There’s a sense of real danger and menace to the world of Spider-Man: Homecoming. Where previous Spider-movies always seemed obsessed with balancing the hero and the villain, this universe is filled with outsized threats, and maybe Tony isn’t wrong when he says Peter is out of his depth.

Watts places us firmly in Peter’s rabbity headspace, excitably zooming between high school awkwardness and complex set pieces worthy of Sam Raimi or Richard Donner. For all the writers credited, the script is consistent and charming, with even the most incidental characters getting a moment to define themselves – though the high-altitude finale feels weirdly choppy.

Still, this is the strongest Spider-Man movie in a very long time, and easily the most joyful, thanks to a deft Michael Giacchino score and Watts’s endearing refusal to burden us with another origin story.

I had fun. You will too. That’s how it’s supposed to be.