NOW MagazineMovies & TVReviewsStar Wars: The Last Jedi is the first film in the franchise made by an artist, not a craftsman

Star Wars: The Last Jedi is the first film in the franchise made by an artist, not a craftsman

Rian Johnson’s entry in the space opera takes the familiar characters (and a few new ones) into strange, unexpected territory 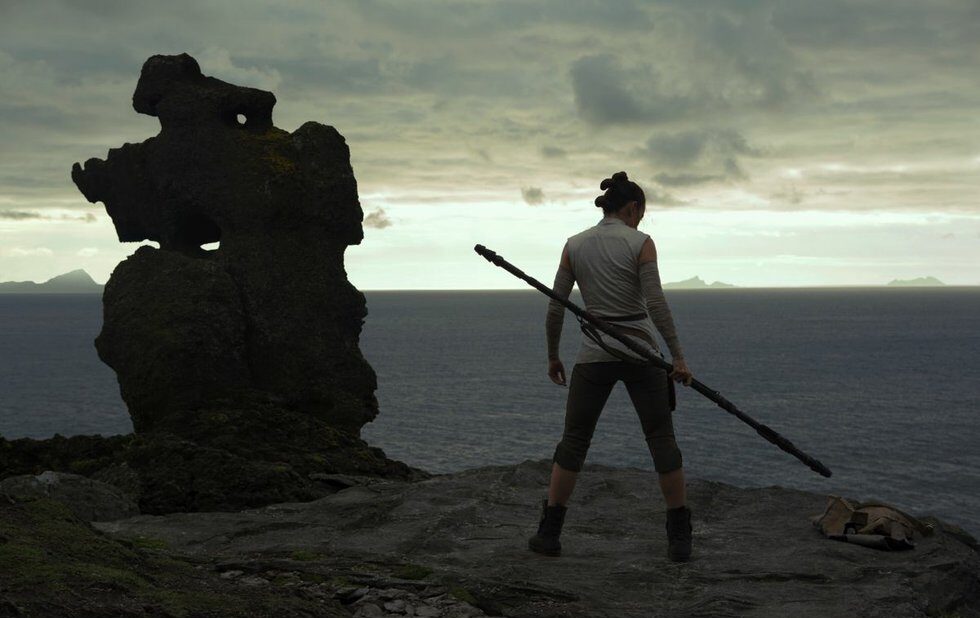 If The Force Awakens was J.J. Abrams getting the Star Wars franchise back in working order, Episode VIII: The Last Jedi finds Rian Johnson taking it apart again to look at why it works so well.

Johnson, the ingenious storyteller who made Brick and Looper, is less interested in dazzling audiences than exploring why we’re dazzled. Johnson’s commercial chops and quietly avant-garde sensibility make him exactly the right person to pick up Abrams’s baton and carry this franchise forward, and he delivers a sequel that’s comforting and familiar in just the right ways – right up until it slashes through the fuzzy space-opera nostalgia and takes our heroes into strange, unexpected territory.

The Last Jedi picks up more or less where we left off, with Kylo Ren (Adam Driver) and the First Order in furious pursuit of the Resistance fleet – led by a weary General Leia (Carrie Fisher) – after the destruction of Starkiller Base.

There are new characters introduced, old friends revisited and surprises I have no intention of spoiling. I can tell you that this is the longest Star Wars movie yet released, but it certainly doesn’t feel like it, and that it’s as much of an art-house work as anything else Johnson has delivered, with unexpected flourishes of striking beauty between the laser blasts.

The story breathes in a way that The Force Awakens didn’t, developing these new characters while also considering the larger themes of the franchise for what feels like the first time.

Johnson has made a movie about echoes – both conscious and unconscious – and how our lives can be shaped and even defined by the perspectives we hold. It’s something that’s always been inside Star Wars, even if George Lucas found it accidentally when he retconned Darth Vader into Luke’s father for Empire – and the inexplicable sympathy between Rey and Kylo Ren lets Johnson bring it out into the light.

If The Force Awakens elegantly repurposed the dramatic arcs of the first film, The Last Jedi mashes up The Empire Strikes Back and Return Of The Jedi in similar fashion, putting this new generation of heroes (and villains) through echoes of what the Skywalker clan experienced decades earlier in those films.

And if it sounds risky to collapse those two movies into a single feature, well, it is – but it’s a gambit that pays off wonderfully, because it lets Johnson bring us to a place we’ve never been before.

This is the first Star Wars movie made by an artist instead of a craftsman, and it leaves us on the verge of something new. I’m very, very excited to see what that might be.