NOW MagazineMovies & TVReviewsReview: Stockholm is a historical hostage drama that owes a big debt to a film classic

Review: Stockholm is a historical hostage drama that owes a big debt to a film classic 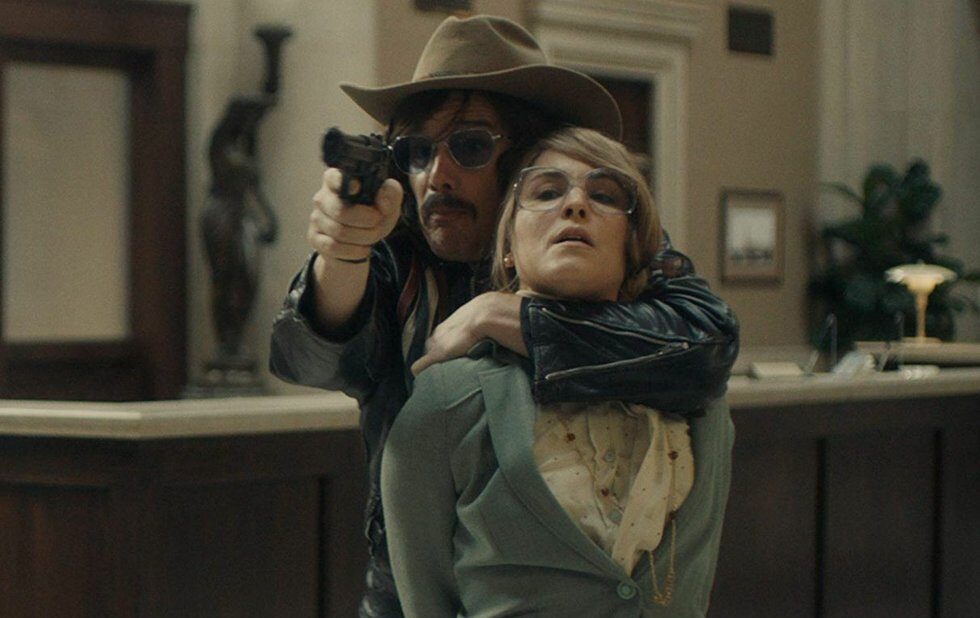 The opening titles for Stockholm inform us the film is based “on an absurd true story.” Which is fair, I guess, though it sets up an expectation of comedy – or at least a light touch – that doesn’t exactly pan out.

Stockholm reunites Ethan Hawke with Born To Be Blue director Robert Budreau for a very different historical project than their Chet Baker mood piece. This one looks at a 1973 Swedish bank robbery that led to a prolonged standoff with police the event led to the creation of the term “Stockholm Syndrome,” describing the psychological transference that occurs when hostages become sympathetic to the people holding them captive.

Hawke plays Lars Nystrom, who stormed the Kreditbanken with the intention of springing a friend (Mark Strong) from prison Noomi Rapace is Bianca Lind, the teller Nystrom enlisted as a proxy – and a human shield – during his negotiations with the police.

The ensuing siege played like an echo of the 1972 Brooklyn robbery that inspired Dog Day Afternoon, and writer/director Budreau is very clearly trying to hit some of the same notes as Sidney Lumet’s 1975 masterwork, with Hawke as both Al Pacino and John Cazale. It’s a high bar to clear, and Stockholm doesn’t always manage it.

Budreau never quite gets us to believe that lives are genuinely at risk, even when people are trading gunfire. Pacino and Cazale’s desperate ineptitude infused Lumet’s film with a constant, queasy tension, while Hawke gives Nystrom a jittery charm that makes him much less dangerous. The Swedish authorities are mostly just there to bark threats and back down at the threat of violence, and we never get the sense that anyone might get caught in the crossfire. (There’s no character here who’s equivalent to Charles Durning’s cranky voice of reason, constantly talking down both the cops and the robbers when anyone’s trigger finger gets itchy.)

The actors are engaging, with Hawke and Rapace quickly establishing a sympathetic rapport and Strong arriving in the second act to further complicate matters brought to the bank as a show of good faith by the police, his Gunnar Sorensson immediately starts criticizing Nystrom’s strategic decisions and putting additional pressure on everyone.

In those moments, Budreau catches the absurdity he teased at the start, letting us share Bianca’s exasperation with these idiots – and her creeping awareness that they’re still better people than her houseplant of a husband (Thorbjørn Harr), who’s annoyed because he has to take care of their kids while she’s being held at gunpoint.

That’s when Stockholm finds its groove, even at the cost of some tension: it understands where everybody’s coming from, and gets us rooting for all of them to find a way out of their respective situations that doesn’t involve being shot in the face. (And let’s not forget the very impressive accomplishment of getting a handful of Hamilton locations to pass for 70s Sweden.)

Hawke is clearly having a great time playing someone who has no idea what to do from one minute to the next. His ludicrous Scandinavian-cowboy look establishes that nicely, since it’s the most conspicuous disguise a bank robber could choose. Rapace and Strong balance his histrionics with more measured performances that help maintain tension from moment to moment. Even Harr’s sullen impotence as Bianca’s husband serves a purpose, showing us how she might be drawn to Nystrom’s dynamic masculinity: sure, he’s an idiot with a machine gun, but the guy knows what he wants.

Stockholm is a pleasant enough ride for what it is, even though Dog Day Afternoon casts a mighty long shadow Lumet also knew how to play his abrupt ending for catharsis, not just a sudden stop. Stockholm struggles to get out from under that shadow, though it shows a lot of life in the struggling.