The nostalgic Netflix series is still full of callbacks to 80s pop culture, but the emphasis is on character and story development 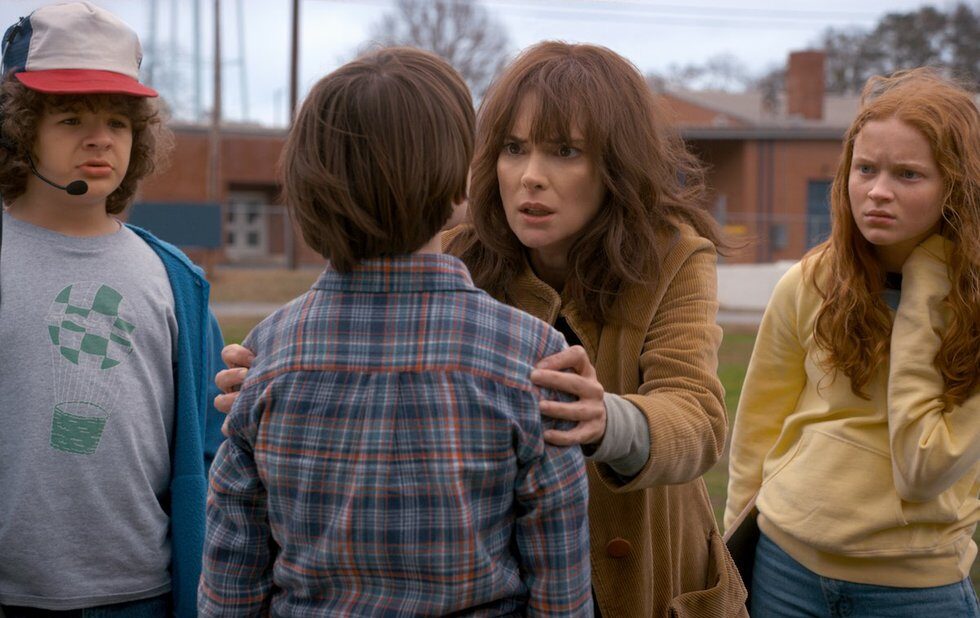 Stranger Things drove its fishhooks in the audience within the first 10 minutes of season one: a creature is seen lurking behind linen hanging on a clothesline, and then a child, Will Byers (Noah Schnapp), goes poof. The remaining eight episodes were spent piecing together his fate in a tasty, tantalizing throwback to 1980s genre films.

Stranger Things 2 offers no such bait – nor does it need to.

Producers the Duffer brothers patiently allow the second season to unfold, confident that we’re invested in their teen characters and how they’ll navigate what lurks in the town of Hawkins, Indiana confident in how familiar we are with the social milieu of the 80s (or at least its pop culture) that they expertly recreate confident we’ll still get hung up on child’s play.

In the first four episodes made available for review, the Duffers keep the otherworldly haunting known as the Upside Down at bay. Its presence is only felt through whispers and rotting crops, the action instead focusing on the emotional aftermath of the first season. This time, Stranger Things digs deeper into trauma, longing and the hormonal complications of the geeky, adventuresome quartet of boys led by Mike Wheeler (Finn Wolfhard) as they recover from their brush with a monster from another dimension.

Not that the thrills aren’t there. Episode one begins with a spectacular car chase in Pittsburgh – a cold open worthy of early James Cameron that teases the excitement still to come.

The action then shifts back to Hawkins, nearly a year after the events from the first season. The community has moved on, chalking the disturbances up to an anomaly or Cold War conspiracy. Mike tries to do the same. He mopes around with detached longing for telekinetic lab rat Eleven (Millie Bobby Brown) while wearily regarding a new girl in school, Max (Sadie Sink), as an intruder.

Meanwhile, Mike’s older sister, Nancy (Natalia Dyer), watches as her friends and boyfriend carry on with parties and college applications without a second thought about Barb, her best friend who fell prey to the Upside Down in season one. Life moves fast for both Wheelers as the people most important to them slip away along with their childhood, a classic coming-of-age trope that the show handles even better the second time around.

Season one leaned heavily on nostalgia and the drama sometimes felt like window dressing to the callbacks and references to 80s pop culture. Nostalgia is still prominent in season two, but the characters admirably stake their ground.

The growth is noticeable in how Eleven is handled. No longer mimicking E.T., she is not just a powerful oddity causing awe and bewilderment, but instead a regular teenager full of raging emotions, testing boundaries and searching for an identity.

Then there’s Will, the kid lost to the Upside Down in season one. Schnapp turns in a heart-wrenching performance as a traumatized child trying to be normal. His friends treat him like a snowflake, bullies call him “zombie boy” and the Upside Down won’t stop calling to him.

He was a plot device in the last season, much like the child in Poltergeist, but now he’s front and centre like Linda Blair in The Exorcist. Remember how William Friedkin’s horror classic took its sweet-ass time getting to all the head-spinning frights? If that’s what the Duffer brothers are aspiring to, I have no problem savouring season two’s slow burn.