Strangers On The Earth is a transcendent doc 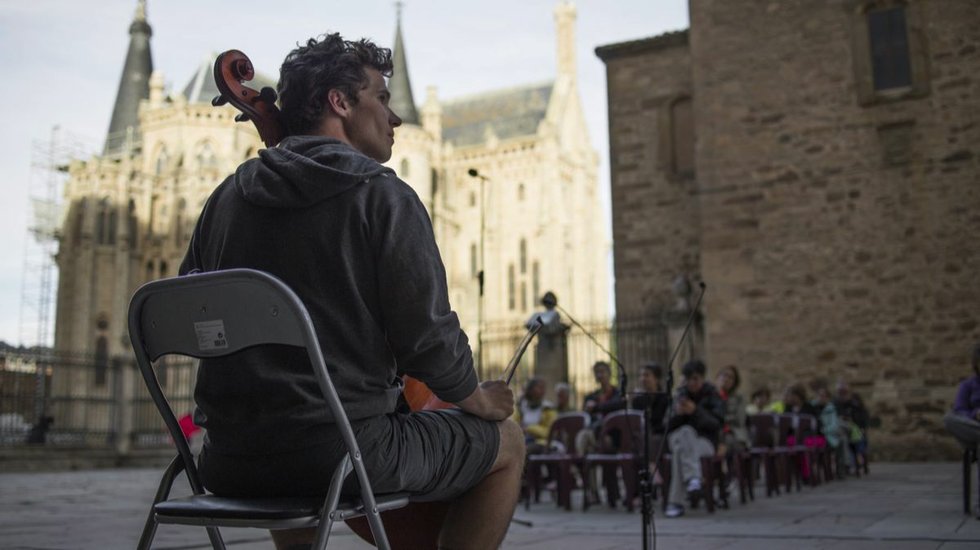 There have been many works about seekers taking the 600-mile pilgrimage along Spain’s Santiago de Compostela Camino. Everyone from Shirley MacLaine and Paulo Coelho to Martin Sheen has weighed in with personal experiences.

But Strangers On The Earth, a transcendent new doc, takes a broad, expansive view of those travelling the Camino, and it’s got another hook: it’s underscored by music from J.S. Bach’s six suites for solo cello.

Cellist Dane Johansen, also the film’s producer, is one of many pilgrims walking the route – with his cello strapped to his back. His intention was to perform and record Bach in some of the ancient churches along the path. But of course he has deeper, more mysterious reasons for this journey.

Director Tristan Cook interweaves spectacular images from the Camino with philosophical reflections by a handful of other pilgrims, who hail from around the world. This isn’t a talking-heads doc the words and images go together, as if we’re hearing the voices in our heads as we walk.

The result is enlightening, poignant and even occasionally funny. One pilgrim droning on about the emptiness of the universe realizes, mid-thought, that he doesn’t know what he’s saying. And one couple who hook up on the Camino bicker and break up over a cellphone charger.

But some of the most exquisite moments come when Johansen, clearly exhausted, performs Bach to a crowd of appreciative seekers who feel connected to something profound and lasting.

And the final moments, filmed in Finisterre – a place the ancient Celts considered the end of the world – are deeply moving.