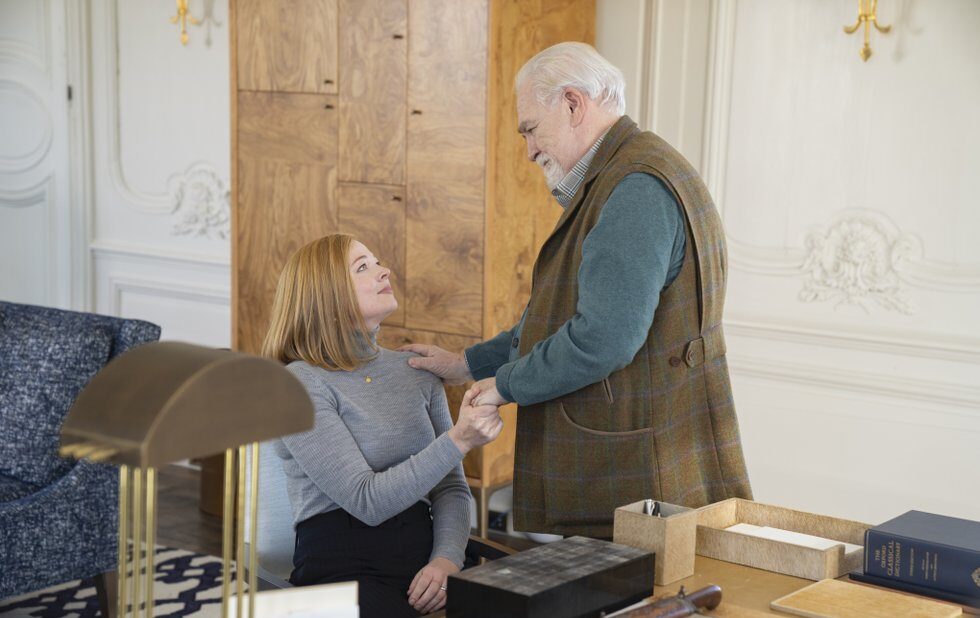 In its second season, Succession isn’t in a rush to get going. Much like the first time around, the show moves along with a patient swagger, uneager to impress, as if it knows we should be grateful for such well-made television.

There’s no immediate dramatic hook in its critical look at the super-rich, no heirs plotting to overthrow Logan Roy, the cantankerous Rupert Murdoch-like media magnate played with all the toxic energy Brian Cox can muster.

In the five episodes shown to critics, the Roy family simply attend to business – lateral transitions and acquisitions mostly – in their slithering and obscenely expensive ways. They are the family on the highest perch that we nevertheless enjoy looking down on.

“Watching you people melt down is the most deeply satisfying activity on planet Earth,” says one character, articulating what most of us are thinking.

Logan – who’s all Shakespearean pomp and flair while also keen on gutter language – has effectively beaten down any uprisings against him in the first season. Now, his offspring dare to only plot against one another to win his favour.

Jeremy Strong’s Kendall, who led both a vote of no-confidence and then a hostile takeover against his father last season, is completely in daddy’s pocket. Kendall’s involvement in a fatal Chappaquiddick-like car accident that only his father knows about means his ambition is dead, and perhaps his soul, too. Kendall now operates as his father’s sharpest tool, when he doesn’t look like he’s lost in purgatory. He mopes around like a wounded pup, but then clicks into ruthless corporate henchman when Logan needs him to gut partners and employees. Kendall is also running point against the very hostile takeover he initiated in the last season.

Sarah Snook’s Shiv, the strategic daughter waging war against her right-wing father by managing political campaigns for a left-wing presidential candidate, finished off the last season with a mutually beneficial truce. Now Logan secretly floats the idea that Shiv be named his successor, which could be genuine or could just be a way for him to get her guard down. In Succession, the closer people get to power, the more self-destructive they become.

There’s an anthropological joy in watching the Roy clan’s behaviour and lifestyle. But the second season, with its more leisurely pace, also feels like it’s digging into the nuts and bolts of Roy’s businesses (from amusement parks to their Fox News-style broadcast network) while becoming more empathetic for characters who don’t breathe the same air we do.

The show is mostly assholes swinging their dicks (that goes for men and women) but they have their vulnerable moments. Kendall and Shiv have their wounded egos. Kieran Culkin’s Roman – who remains the spoiled, often whimpering fool – has his odd sexual proclivities.

And then there’s the two bumbling outsiders to the clan, Shiv’s snivelling husband Tom (Matthew Macfadyen) and his smarter-than-he looks doorpost cousin Greg (Nicholas Braun). Tom is still just as manipulative and abusive with Greg, yet they remain an oddly endearing duo.

At one point Greg comes at Tom with blackmail, and it’s actually a very sweet moment. Macfadyen’s Tom smiles like a proud dad, impressed that Greg would be so cunning.

That’s how Succession gets us, finding those warm and humane touches in rotten behaviour.