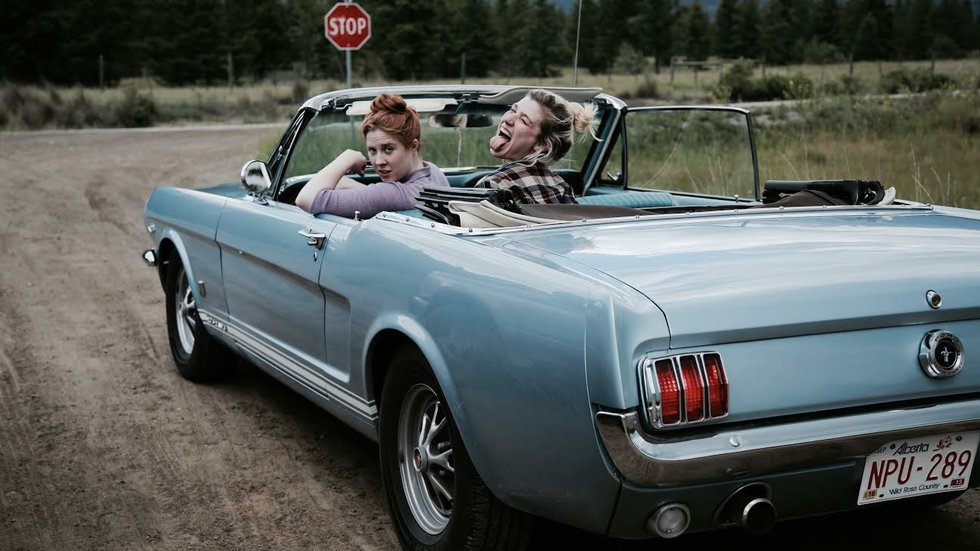 Suck It Up is Jordan Canning’s first feature since her 2014 debut We Were Wolves, and at first it feels very similar: both movies are modestly scaled indies about two people retreating to a cabin after a shared loss.

But this one, written by Julia Hoff, is wilder and less reliant on conventional story beats, giving stars Erin Carter and Grace Glowicki the space to find powerful moments and surprising laughs as two Calgary friends who drive up to Invermere for the Canada Day weekend.

Carter’s Faye is trying to reconnect with Glowicki’s damaged Ronnie after the death of Ronnie’s brother, who was also Faye’s boyfriend. The two women haven’t seen each other in months, during which Ronnie embarked upon an alcoholic death spiral.

As Faye and Ronnie awkwardly revisit the hot spots of their younger days, Canning and her actors play each scene for heartfelt drama and uneasy comedy. And Guy Godfree shoots it beautifully, capturing emotional scenes from oblique angles as if the camera was trying not to disrupt the moment.

It’s weirdly charming for a movie so steeped in pain and death, with terrific work from both leads and a nice supporting turn from Great Great Great’s Dan Beirne as a kind-hearted artist who falls into Faye and Ronnie’s decaying orbit. Don’t miss out.