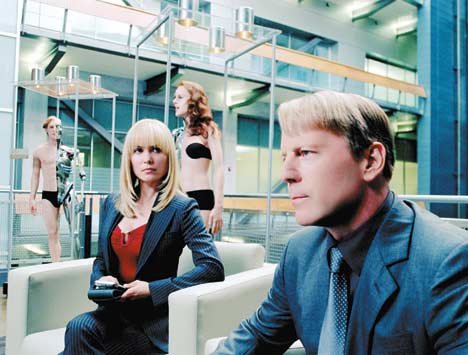 Surrogates treads terrain similar to that of The Matrix and Minority Report but lacks their grand ideas and action-packed wallop.

There’s a lot of promise hinted at in the opening credits, where we learn that cyborg avatars initially developed for the disabled and the military have taken on a life of their own. Consumers live vicariously through these cosmetically enhanced mannequins, and we’re told that racism has diminished as a result, but not why. (Does that mean there are fewer surrogates of colour in this brave new world? Disney must have been a little too anxious to explore the subject further.)

The film doesn’t offer much social criticism apart from an obvious bit about people wanting their avatars to look pretty. And couldn’t we get some Die Hard fun? Instead, Bruce Willis does everything he can to restrain the John McClane in him, investigating a half-assed, by-the-numbers murder mystery about the killing of a surrogate that causes his remote controller’s death.

Throw in a couple of dull chase scenes and you have a movie so lifeless it almost feels like the surrogates made it.