NOW MagazineMovies & TVReviewsReview: Survival Box is a post-apocalyptic thriller with no thrills

Review: Survival Box is a post-apocalyptic thriller with no thrills 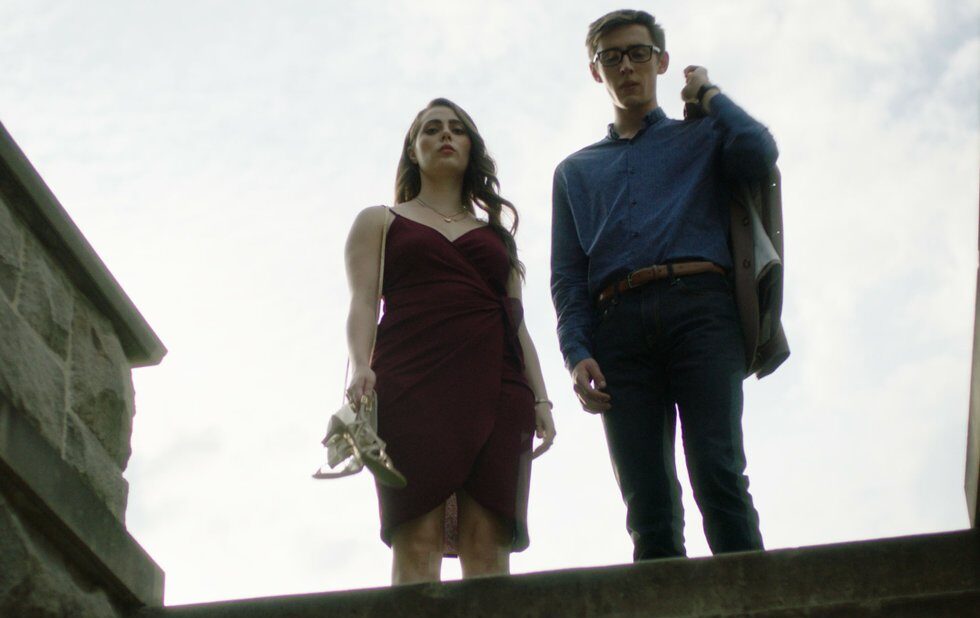 If you’re going to trap seven people in a nuclear bunker, they need to be interesting or they need to have interesting things to do. The new thriller Survival Box doesn’t deliver on either of those requirements.

Opening on January 2, 2018 – the day Donald Trump taunted Kim Jong-un about having a better nuclear button – Survival Box locks us in with a handful of young people who happen to be partying in an underground fallout shelter during a nuclear alert. The blast doors seal, and through either good fortune or rotten luck, our heroes – three brothers and four friends – get to sit out the end of the world.

And then, they just keep sitting.

The first feature from author and stage director William Scoular offers a consistently inert take on post-apocalypse cinema. With absolutely no information coming in or going out, and no images of the outside world save for a couple of perimeter cameras, there’s nothing for our heroes to do. Their basic needs are accounted for: there’s food and water for at least eight months. There’s power and air. There’s even alcohol. There’s just… nothing to talk about.

Scott (Adam Moryto), the oldest by a few years, bristles at being told what to do by his kid brothers Chris (Paul Syrstad) and Josh (Jake Kenny-Byrne) Amy (Tori Khalil) worries her friend Camilla (Michala Brasseur) can’t handle a disaster so soon after losing her mother. Kit (María José Zuniga) is getting twitchy without her meds the self-appointed comic relief Travis (Boris Bilic) is just getting on everyone’s nerves. And the days crawl by.

Given that he was a staff writer on Netflix’s seething family drama Bloodline, it’s odd that screenwriter Ashlin Halfnight doesn’t have much of a plot in mind. The story isn’t a metaphor or a microcosm no one starts worshipping a boar carcass or divides the group into optimists and dead-enders. Everybody just sits around, dressed in utilitarian grey sportswear and waits for a plot to kick in.

We never really get a sense of what’s available to our heroes in the cavernous shelter there are no board games or DVDs, and the only books they seem to have are a medical reference text and Charles Dickens’s Great Expectations. I’m guessing this was initially developed as a theatre project, where those details wouldn’t have needed to be filled in. But once you create a tactile reality, it’s obvious which bits are missing.

I don’t want to be too hard on Survival Box it’s a small movie that looks pretty good, considering it was shot almost entirely on a Toronto soundstage, and Scoular gives his cast the space to build characters beyond what was on the page. Khalil does an especially good job of finding small ways to indicate Amy’s inner conflict at various points, and if Bilic never makes Travis more than a mope, at least he gives him an essential self-awareness: dude knows he’s the seventh wheel.

It’s the lack of any dramatic or narrative energy that pulls the film down my mind kept wandering back to the way Claire Denis handled the endless isolation in High Life, or how Pella Kågerman and Hugo Lilja infused the brilliant Swedish drama Aniara with nervous, mounting dread.

Those are some high bars to clear, and maybe it’s not Survival Box’s fault that it arrives so soon after their theatrical runs. Still, something about the fittest… and all that.