NOW MagazineMovies & TVReviewsReview: Suspiria remake isnt as profound as it wants to be

Review: Suspiria remake isnt as profound as it wants to be 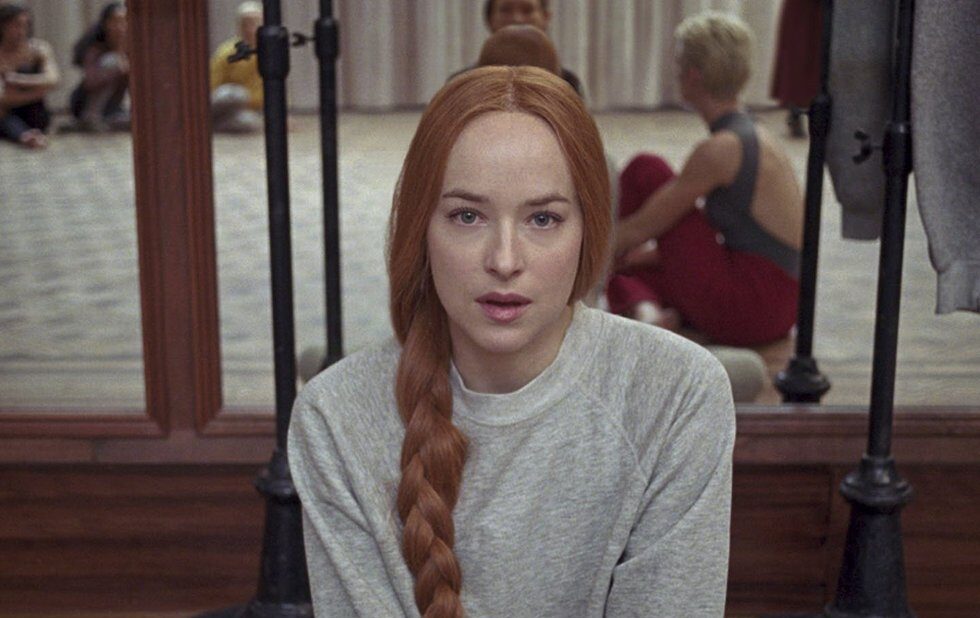 Dario Argentos Suspiria is one of the most disturbing, visceral horror movies ever made. Its an assault: Goblins score starts yelling and hissing even before the first image appears, and for the next 90 minutes youre trapped with Jessica Harpers American ballet student Susie Bannion in an isolated German dance school academy infested with an ancient evil.

Four decades later, Luca Guadagninos Suspiria is not Dario Argentos Suspiria, and thats okay. But its not anything else, either. Its just there, and thats not enough.

Suspiria 2018 finds the director of Call Me By Your Name and A Bigger Splash bringing his sumptuous aesthetic palette to the narrative elements of Argentos 1977 nightmare… and either misunderstanding what makes that movie a classic, or choosing to disregard it in favour of a gorgeous but inert meditation on patriarchy, witchcraft and the failure of Germans to reckon with their collective guilt after the Holocaust.

The set-up is the same, with Dakota Johnsons Susie arriving at the Tanz Academy now located in the heart of a Berlin reeling from Red Army Faction bombings and Baader-Meinhof hostage-takings and immediately dropped into a cauldron of insidious activity. And no, thats not a spoiler. Guadagninos version identifies the Tanz Academys sinister string-pullers before Susies even in the door.

If Argentos film is about chaos, Guadagninos is about bureaucracy, following the efforts of ethereal instructor Madame Blanc (Tilda Swinton, of course) as she attempts to take over leadership of the Tanz coven from the unseen but clearly fearsome Mother Markos. Some witches float around bonfires Guadagninos hold open-ballot votes in the teachers lounge. When in Rome.

Over two and a half very slow, very hazy hours, the resulting power struggle will ensnare Susie, her fellow students and several teachers, as well as an elderly psychotherapist (Swinton again, under heavy makeup for no discernible purpose) whos already aware that somethings off in Berlin.

There are many loaded conversations, the occasional crosscut to a dying woman in a Mennonite community back in America, and some truly impressive modern-dance sequences. The formidable European actors Sylvie Testud, Renee Soutendijk and Ingrid Caven turn up in supporting roles. And as in all of Guadagninos previous movies, we are led to appreciate the exacting aesthetic consideration that went into every carefully composed frame. (Is there any other filmmaker who needs us to know how hard hes working? Cary Joji Fukunaga, maybe.) But the film itself is a void.

Guadagnino eschews Argentos frenzied pacing and assaultive mise en scene, but doesnt bring anything else to replace them. The new Suspiria is a gentle drift through some unsettling ideas about gender, destiny and evil that intellectualizes them into abstractions. Its interesting, sure, and occasionally quite striking… but its never as upsetting as it wants to be, or as profound.