NOW MagazineMovies & TVReviewsSweet Country is a scathing revisionist western, but it doesnt trust the audience

Sweet Country is a scathing revisionist western, but it doesnt trust the audience 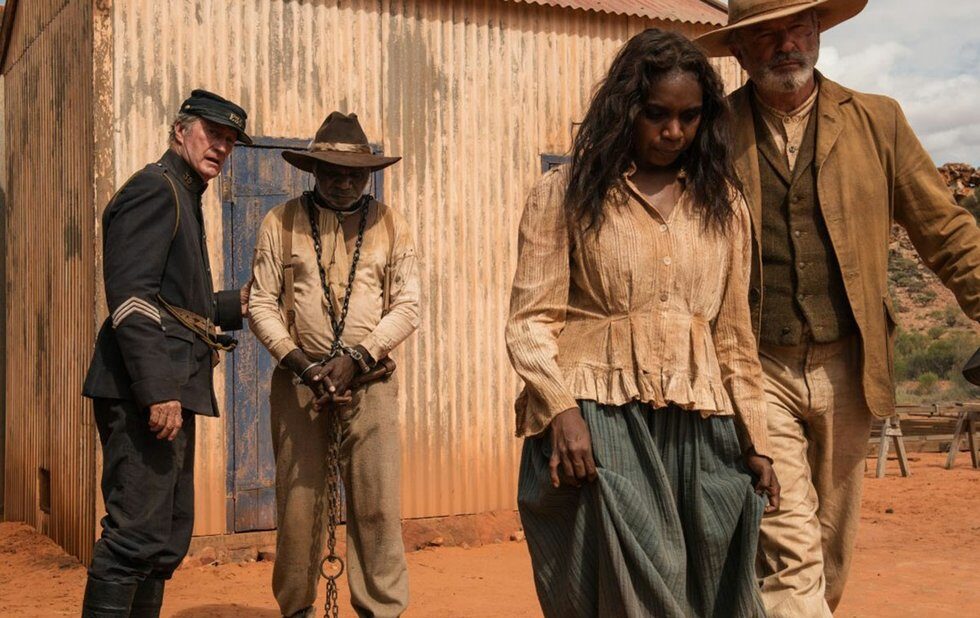 Sweet Country is the latest western to foreground colonial racism in frontier times with a story about an Indigenous Australian man who kills a white war veteran in self-defence.

In 1929, Sam Kelly (Hamilton Morris) is sent by his employer, Fred Smith (Sam Neill), to work for the cruel Harry March (Ewen Leslie) in a remote Northern Territory outpost. When Harry rapes Sams wife, Lizzie (Natassia Gorey-Furber), Sam fatally shoots the man in the neck. The couple flees and is pursued through arid, rust-coloured outback by a posse led by the zealous Sergeant Fletcher (Bryan Brown).

Its a simple enough set-up, though director Warwick Thornton is only fitfully interested in the plot. The digressive, atmospheric and sparse film never sticks with one member of its capable ensemble cast for too long. With almost no music, its heavy on sound design and beautifully frames the landscape as a vast and overwhelming place that affects the characters in different ways.

Sam has a quiet dignity reflected in the calm camerawork, though another indentured Indigenous farmhand is openly pessimistic when it comes to reclaiming stolen land. As Fletcher gradually deteriorates from a scorpion bite and the punishing heat in one of the best sequences, it becomes clear the white characters are ill-equipped for the cattle country they seek to dominate.

Sweet Country is visually impressive, especially when it uses editing there are several unexplained flashbacks and forwards to dislocate the viewers sense of time. Thorntons use of framing to shift the mythology away from colonial narratives and onto nature is the best thing about the film, though when it comes to moving the story along, the director tends to break his own spell. In a moment that winks heavily at Australian mythology, a group of settlers are shown cheering a movie about the outlaw Ned Kelly as the Indigenous Kelly they hope to capture remains on the lam.

Thornton disrupts the meditative pacing with narrative hand-holding that puts the characters in too-tidy boxes. For example, Neills Fred represents the well-intentioned Liberal: a preacher who says all men are created equal yet loans Sam to the violent-tempered Harry, and then has an unnecessary moment of over-the-top sanctimoniousness in the final moments.

The few female characters are little more than plot devices. Fletchers lover, the bartender Nell (Anni Finsterer), mainly exists to humanize the villainous officer, though she fares slightly better than the near-mute Lizzie.

Sweet Country is a gorgeous and scathing revisionist western, but one that doesnt entirely trust its audience.