Sequel stays true to the reality of its aging characters 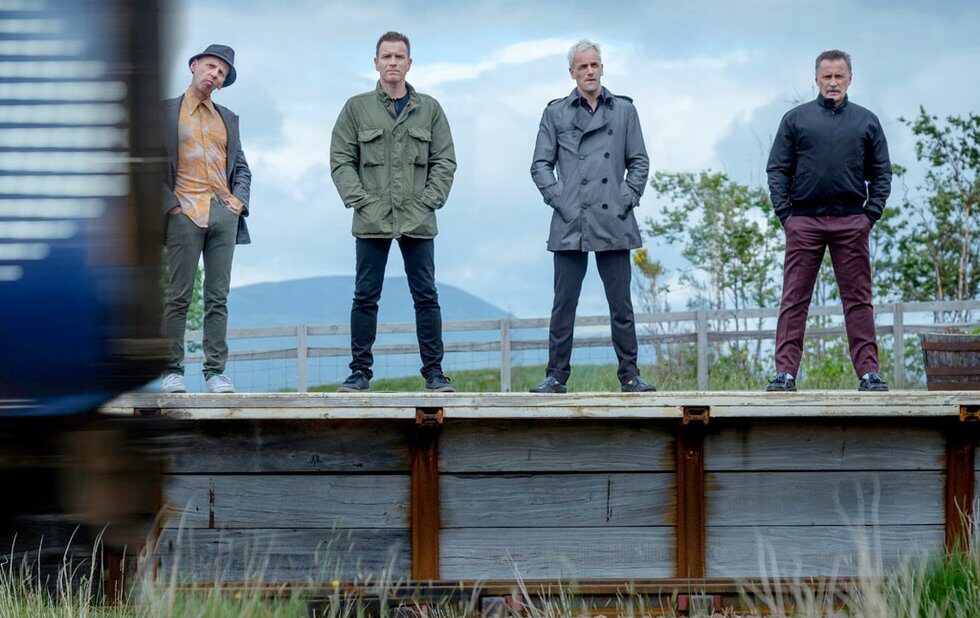 The Transporting boys are back in T2

The Transporting boys are back in T2, older but not necessarily wiser.

Why is the Trainspotting sequel called T2 Trainspotting? I have no idea. As far as I can tell, Danny Boyle and the Sony Pictures marketing department thought the title treatment looked cool.

Or maybe the title, with its deliberate echoes of James Cameron’s Terminator 2: Judgment Day, one of the very few sequels that’s universally acknowledged as an improvement on the original, is an ironic admission that Boyle and company have set themselves an impossible goal. How can you follow up a film that was so utterly of its moment? Is it even worth trying?

T2 Trainspotting catches up with Irvine Welsh’s Edinburgh rebels 20 years later to find them older but not necessarily wiser. Renton (Ewan McGregor) comes home after the death of his mother, Sick Boy (Jonny Lee Miller) is stuck in a cycle of petty scams, Spud (Ewen Bremner) is still a junkie, and Begbie (Robert Carlyle) is stewing in prison and dreaming of revenge. All of them are on a collision course with one another, because of course they are.

Fans chasing the same high of Boyle’s 1996 breakout may be disappointed to find this long-awaited sequel slower and more introspective than the original, but that’s the point: you can’t go home again, and there’s no future in acting like you’re young when you’re 46.

When T2 Trainspotting really digs into that, it’s a fascinating study of the point in middle age when we realize we’ve become the people we’re going to be for the rest of our lives. Begbie can break out of prison but he’s still beholden to his raging id, Spud can clean up but he’ll always be an addict, Sick Boy can embrace the 21st century but his immaturity will forever hold him back, and Renton can always be the wild card but is now struggling with his mortality.

Two decades later, this is where we’ve ended up. T2 is Boyle’s Before Sunset, and for those of us in its generational sweet spot, watching it is like running into that friend you didn’t think you liked any more and remembering why you hung out in the first place.

This review has been corrected. The original version misidentified the film’s location as Glasgow, as you’ll notice in the comments.