NOW MagazineMovies & TVReviewsReview: The Accountant Of Auschwitz is short but mighty

Review: The Accountant Of Auschwitz is short but mighty 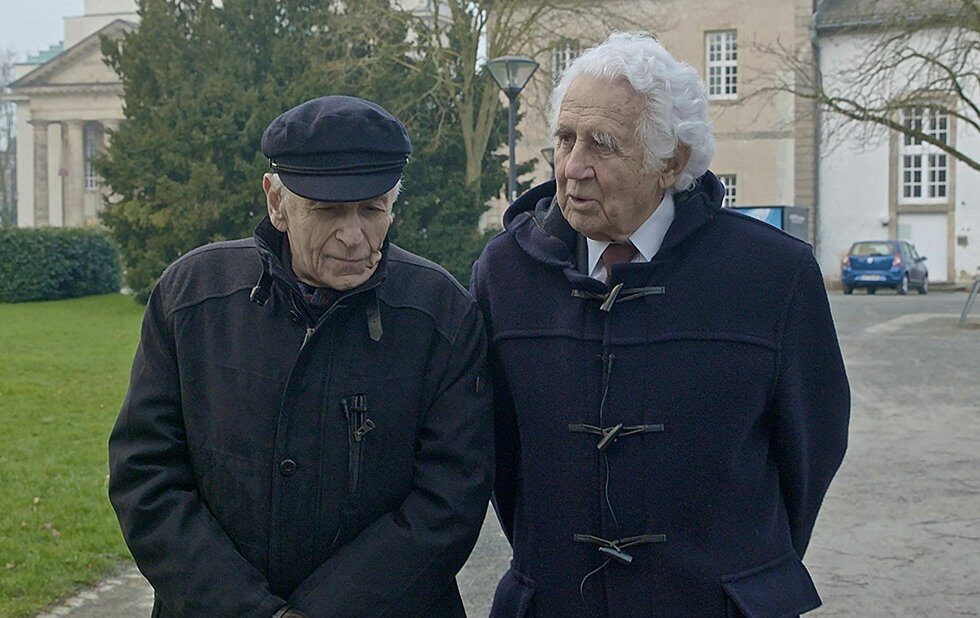 Don’t be fooled by The Accountant Of Auschwitz’s slender run time. This documentary about the 2015 trial of Oskar Gröning, the man who registered the possessions left by prisoners on the train as they were processed in Auschwitz, deals with a head-spinning number of issues.

Gröning was an unusual defendant. He openly confirmed the crimes committed at history’s most efficient killing machine, actively challenging Holocaust deniers. In fact it was his alarmingly candid interview with the BBC that led to his arrest. Presumably, he assumed that the fact that he personally killed no one made him immune to prosecution and, in fact, that was his lawyers’ primary line of defence: he himself was not responsible for war crimes.

Via interviews with one of the lead prosecutors at Nuremberg, Benjamin Ferencz, commentators such as Alan Dershowitz and survivors, director Matthew Shoychet packs into the doc a record of Gröning’s trial as well as a solid survey of war-crimes trials and how their emphases have shifted over time.

At the Nuremberg trials post-WWII, the important generals were brought to justice. More recently, concentration camp guards and people like Gröning are coming under scrutiny. In one segment Dershowitz asks, if a person is locked in a room with someone about to murder him, isn’t the guard blocking the prisoner’s escape culpable, too?

Shoychet wisely does not use that much archival footage of Auschwitz itself – just enough to evoke the terror. And he does some clever things along the way. At one point Ferencz, sharp as a tack, recalls from memory his opening statement at Nuremberg, which he recites as his voice is layered over the original statement he made nearly seven decades ago.

Even issues dealt with briefly emerge as huge here, often both emotionally powerful and intellectually challenging. In the former category stands the fact that Holocaust deniers protested outside the courtroom as Gröning’s trial began, a testament to the extent to which Holocaust deniers are completely unhinged. Gröning himself had been crystal-clear that the death camps were very real.

A short sequence in which one of the survivors forgives Gröning – causing a major uproar – is guaranteed to make you think.