Review: The Aftermath is a bloodless romantic drama 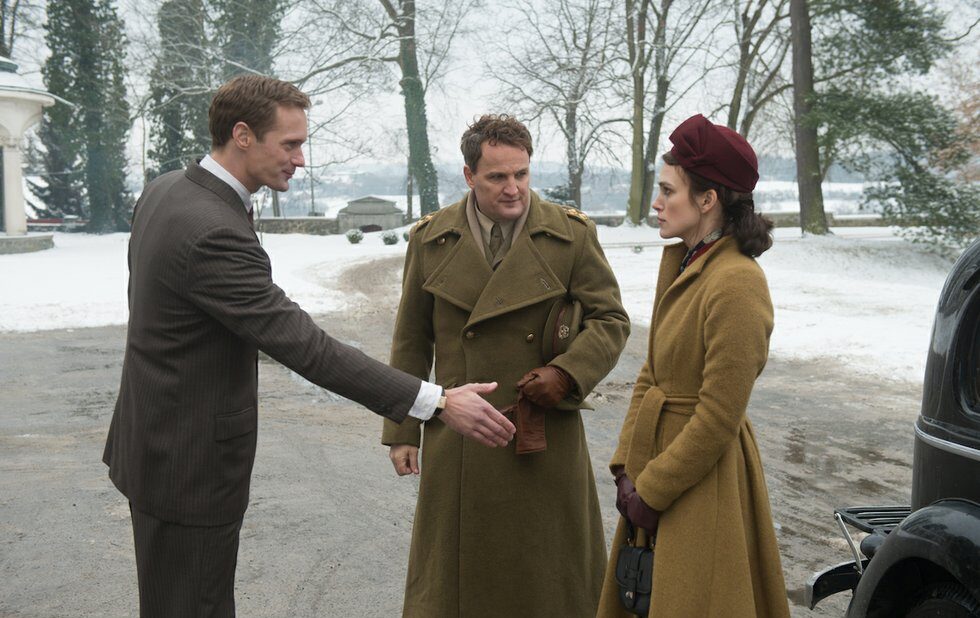 Sitting through The Aftermath is like watching someone work out an art-house-movie equation on a chalkboard: this English colonel’s wife (Keira Knightley) and that German architect (Alexander Skarsgård) hail from nations that have inflicted terrible pain on each other, but they find a kinship when forced to live under the same roof (his) – which now serves as the quarters for her husband (Jason Clarke) – so at what point in the film will they have sex? Also, they’re both very attractive, so that might act as its own multiplier.

Sorry, I’m not very good at math. But I am good at knowing when a movie is just going through the motions, and that’s what we get with James Kent’s dour, genteel exercise in period decor and artfully rendered repression. It coasts on decades of similarly structured historical narratives without ever finding a heartbeat of its own.

It’s late 1945, and Hamburg is still digging itself out from the Allied firebombing two years earlier. The British are being stalked by dead-enders trying to inspire further Nazi resistance. Snow and ash mingle on the streets as a delicate piano score tinkles thoughtfully on the soundtrack. And into this shell-shocked scenario comes Rachel Morgan (Knightley), a sad young woman reuniting with her somewhat older husband Lewis (Clarke) after years apart. They lost a son in the Blitz. Rachel is shattered Lewis is trying to stiff-upper-lip it. It’s not working.

Stephen Lubert (Skarsgård) has also suffered a great loss in the war: his wife died in the firebombing, and he is raising their teenage daughter (Flora Thiemann) alone. He, too, has been broken by the war – though he’s having a slightly easier time going through de-Nazification, as he was never officially a member of the party. (This movie doesn’t have the stones to even consider that possibility.) And though he’s grateful to Lewis for letting them stay rather than dumping them into a holding camp, he’s still pretty pissed off about the whole deal.

Knightley and Skarsgård at least try to find shades of grief and anger in their characters: there’s a touch of acid in his rigid formality, while she’s openly hostile to his decorum. Still, it could be worse The Aftermath is the kind of movie where a teenage girl literally hisses at a grown-up who’s trying to show her civility.

Rachel and Stephen circle each other until the appropriate percentage of the running time has passed, at which point they start screwing like rabbits right under Lewis’s nose. But he’s too busy chasing those dead-enders to notice. There’s even a scene where he interrogates one and threatens to shoot him in the face, which is supposed to show us the character’s capacity for violence but mostly serves to remind us that Jason Clarke still can’t really do an English accent. I hope Rhidian Brook’s novel did more to bring out the internal lives of these characters.

Anyway, everything moves towards a catastrophic reckoning because that’s how things go in these movies, though this one is so bloodlessly directed that there’s never any sense of a tragic collision of fates it’s more of a gentle waltz towards the end credits, with all the subplots intersecting with bloodless precision.

And if I’m being honest, “bloodless” sums up the whole movie pretty well. James Kent’s last feature was the equally disposable all-star wartime romance Testament Of Youth. Remember that one? Of course you don’t. In six months you won’t remember The Aftermath either.