NOW MagazineMovies & TVReviewsThe Boss Baby smells like it was dreamed up by marketers, but its cute and totally tolerable

The Boss Baby smells like it was dreamed up by marketers, but its cute and totally tolerable 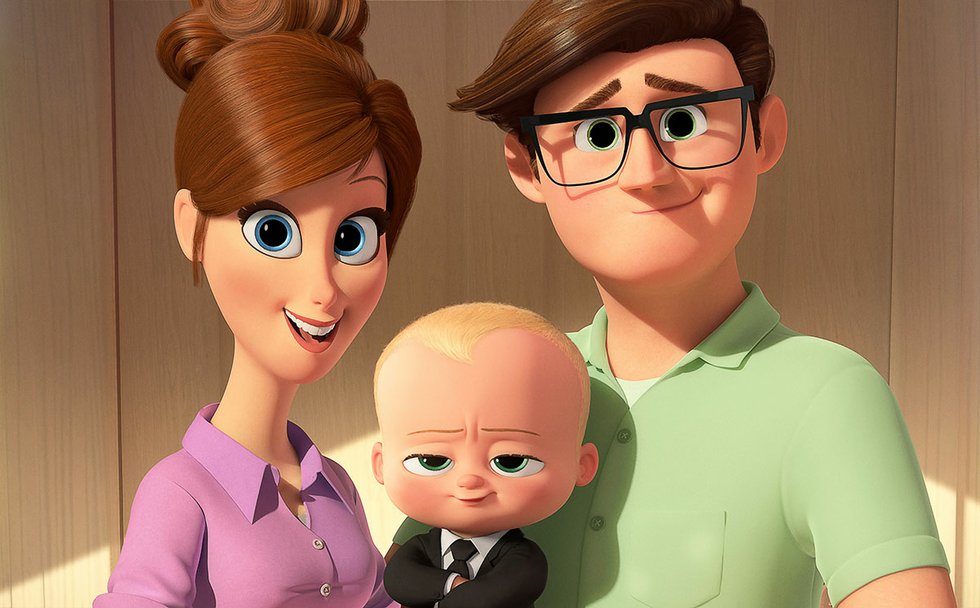 Conceptually, The Boss Baby is an easy tug at parents wallets that offers children a bit of amusement. A baby dressed up in a boss suit barks out orders in Alec Baldwins voice between sips of bottled milk and bath time. You might groan that it stinks of studio marketing, but why be so cynical in front of the kids?

To be clear, the not-very-cuddly baby, given to spouting Baldwins Glengarry Glen Ross lingo, is seven-year-old brother Tims (voiced by Miles Christopher Bakshi) imaginary concoction. Tim isnt too pleased at having a newborn stealing all the attention, so he cooks up an elaborate plot in which his kid brother is actually a plant from a baby-making corporation at war with a puppy factory.

Its an overly elaborate, totally unsubtle attempt at visualizing a childs isolation, but it was much easier for my own seven-year-old to grasp than Inside Out. The Boss Baby is far from brilliant, but its zippy, cute and tolerable fun, with some notable bits where imagination really does take flight.