TV review: Amazon’s The Boys is almost a great show 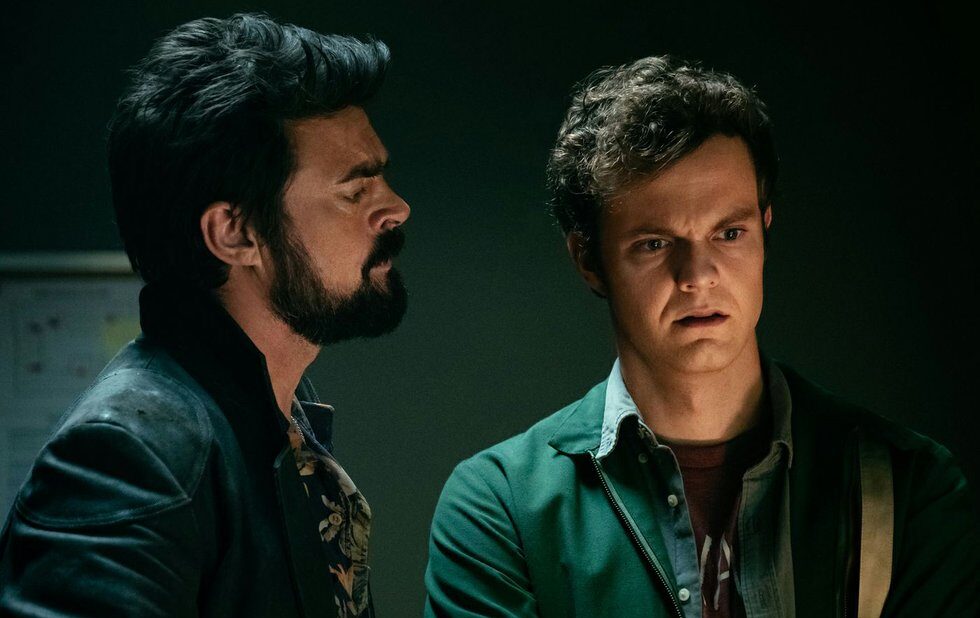 The Boys, the comic book, is a wild and gleefully excessive ride through a world where superheroes are decadent, entitled assholes, leading to the formation of a covert CIA team that polices their activity and stops them when they go too far.

It was created in 2006 by Garth Ennis, who gave us the similarly outlandish Preacher, and illustrated by Derick Robertson. One of the focal characters, Wee Hughie, was modelled on the actor Simon Pegg.

Seth Rogen and Evan Goldberg really like Ennis’s stuff. And having previously brought Preacher to television as an AMC series (returning for its fourth and final season starting August 4), they next tackled The Boys. The first season dropped on Amazon Prime Video.

And you want to know the weirdest thing? The Boys, the show, is at its best when it sidelines all the stuff that made the comic so memorable, and just focuses on the characters.

Oh, there’s still plenty of the spectacular violence, profane wit and transgressive imagery that’s Ennis’s hallmark: people are drenched in blood and viscera on the regular, superheroes are revealed almost immediately as perverts, drug fiends and/or sociopaths, and Karl Urban drops more F-bombs and C-words per minute as swaggering antihero Billy Butcher, who’s made it his mission to bring down the elite, corporate-backed league of justicers known as The Seven by any means necessary.

And while that was the heart of the book, it’s not the heart of the show. The adaptation, shot in Toronto and overseen by veteran writer and producer Eric Kripke (Supernatural, Timeless), grounds its outsized action in Hughie’s emotional journey… and while that sounds a little sappy, it really works.

As in the comics, Hughie – played by Jack Quaid – is introduced as an ordinary guy whose admiration for the “supes” of his world is shattered when one of The Seven, speedster A-Train (Jesse T. Usher), accidentally kills Hughie’s beloved Robin (Jess Salgueiro, one of a dozen local actors in the supporting cast).

Distraught and disillusioned, Hughie is an ideal recruit for Butcher, who enlists the heartbroken lad in a scheme to bring down all of The Seven and their sinister benefactors Vought International. Mayhem follows.

That’s all well and good, and if that’s all The Boys was it’d be a decent entertainment. But there’s another story thread, focusing on Annie January (Erin Moriarty), a very nice young woman who goes by the supe name Starlight. She’s the newest member of The Seven, and within hours of her arrival at the group’s headquarters she’s been demeaned, disrespected and sexually assaulted, compromised physically and morally.

In the comics, Annie’s degradation was treated as an ironic joke, but the show treats her experience as something heartbreaking, which changes everything about this storyline and adds real stakes to the show’s master narrative. Hughie and Annie are both good people pulled into awful situations, and when their paths intersect – much sooner than they did in the comics – their tender connection feels earned. But it’s also in constant danger of being shattered, what with Hughie covertly working to destroy Annie’s own organization.

Quaid and Moriarty are really, really good together, to the point that I started to find Urban’s one-note swagger kind of irritating he overwhelms any scene he’s in, barking orders and insults before running off to the next thing. I don’t think it’s the actor’s fault Urban has been a charismatic, lively presence in plenty of other projects, and he has a feel for genre stuff he plays Dr. McCoy in the Star Trek reboots, he was Cate Blanchett’s dim-witted henchman in Thor Ragnarok, and his stone-faced take on Dredd was a blast. But he’s given no room to move here, stuck with a single note that he has to hit over and over again. It gets tiresome.

And that, along with a third plot thread that focuses on Antony Starr’s increasingly monstrous Homelander and his creepy, co-dependent relationship with Vought executive Madelyn Stillwell (Elisabeth Shue), who spends the entire season trying to get her superheroes into the U.S. military for reasons that are never entirely clear, has a destabilizing effect on the series, keeping it from building real momentum as it heads into its finale.

Whenever the show comes back to Hughie and Annie, The Boys crackles with potential. It’s already been renewed for a second season – and the amazing Aya Cash, of You’re The Worst, Mary Goes Round and Fosse/Verdon, will join the show as a supe called Stormfront. I look forward to seeing where it goes I just hope they’ve figured out the Butcher problem.