The Breadwinner is breathtaking

Animated film about women dealing with violence and abuse under the Taliban has substance, humour and emotional power 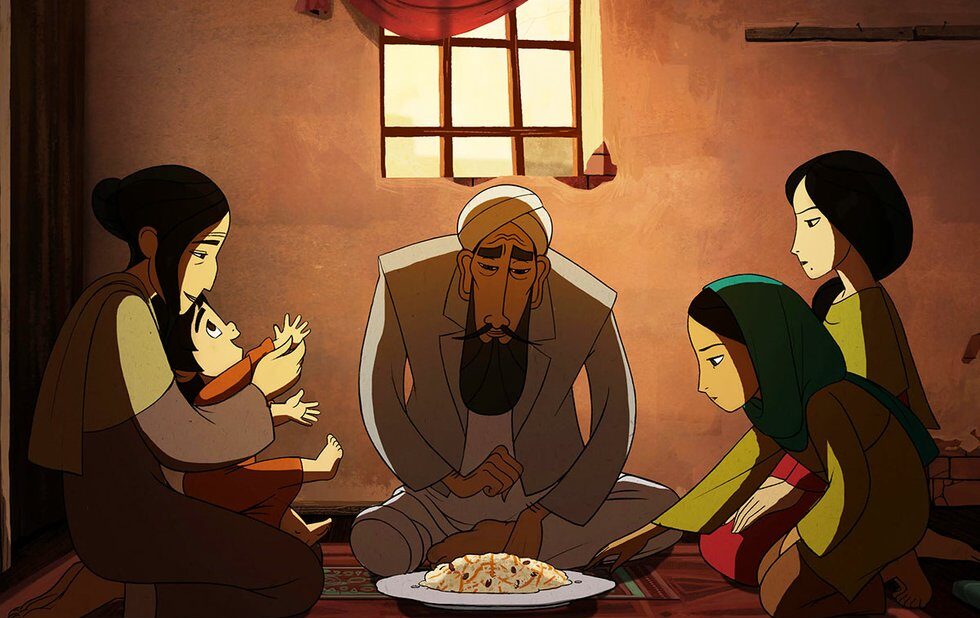 The premise might recall Mulan, but The Breadwinner is no Disney trinket.

The animated film based on Canadian author Deborah Ellis’s book grapples with violence and other abuses inflicted on women by the Taliban, ultimately finding hope in an 11-year-old girl’s strength and resilience.

The story is set in Kabul, at a time when fighter jets regularly roar across the sky and broken-down tanks form their own graveyard in the sand – the closest thing we see to a playground.

Among so many other restrictions, women are forbidden from walking the streets unaccompanied by their menfolk. When her father is arrested by the Taliban for over-educating his daughters, Parvana (voiced by Saara Chaudry) chops off her hair and makes like a boy to get around town and put food on the table.

Things get dire and desperate, but director Twomey (half the team behind the Oscar-nominated The Secret Of Kells) provides comfort in the warmth between Parvana and her family and friends, who still cling to humanity.

There’s humour, too, especially in the magical stories Parvana narrates in a complementary plotline rendered with breathtaking imagery and packing an emotional gut punch.