Review: The Caves manipulations distract from its powerful subject 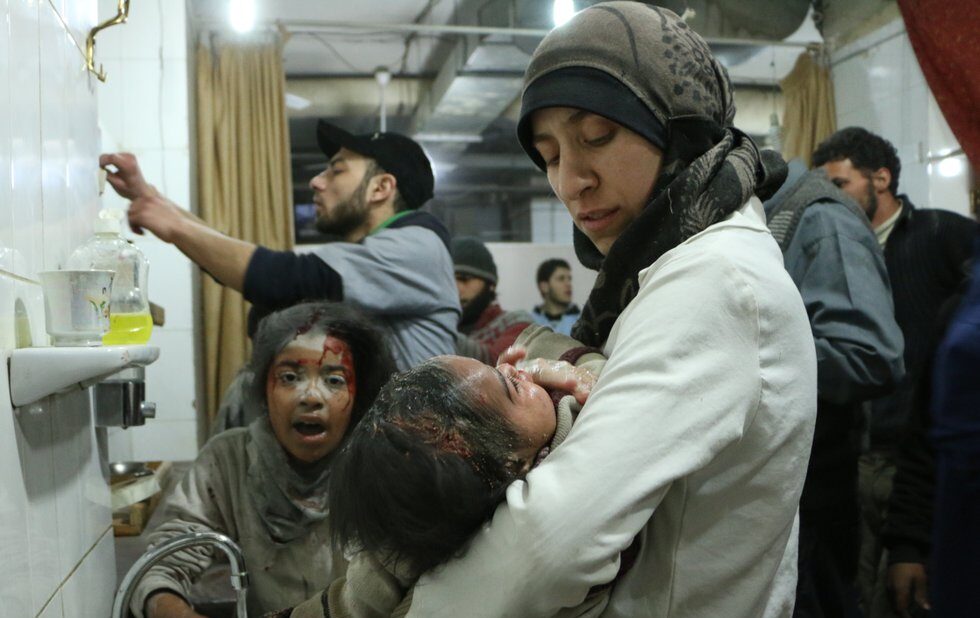 An immediate, dramatic study of professionals trying to do good in a miserable, unrelenting war, Feras Fayyad’s The Cave won this year’s People’s Choice award for documentary at TIFF, and it’s easy to see why: it’s intense, it’s cinematic and it tells a story few people want to hear.

It’s also manipulative in an uncomfortable, almost shameless way, as though director Fayyad didn’t trust audiences to be able to connect to his film without being told precisely how to feel about it at every moment.

I’m not talking about the occasional CG flourish or hand-holding musical cue, though The Cave isn’t lacking for those, but the constant awareness that every moment we’re seeing has been massaged or amplified for maximum effectiveness. It’s a documentary presented through a filter of artifice, which winds up making us question what we’re seeing far more than we should.

I don’t doubt the heroism of Dr. Amani Ballor and her crew of dedicated medics who tend victims of Assad’s endless civil war in their subterranean hospital beneath the city of eastern Ghouta, just outside Damascus. It’s awful, grinding work, and they perform it under unbelievably dangerous conditions: four of Ballor’s staff were killed over the course of the documentary’s production, and the film is dedicated to their memory.

If the constant bombardment wasn’t bad enough, Ballor has to deal with the casual misogyny of her patients and their families. The husband of a woman under her care berates Ballor for not having the proper medication on hand, lecturing her that her place is in the home, not managing a hospital. (Her male colleague, Dr. Salim, eventually steps in to end the argument.) This scene is balanced by several moments in which Ballor listens to voice mails from her father, who tells her how proud he is of her efforts to help people and to elevate the women with whom she works.

Again, it’s not that I’m doubting the veracity of any of this, but it’s awfully convenient that Fayyad’s subjects just happen to state the premise of his film in clear, unambiguous language on several occasions. A lot of The Cave plays out that way, often with a moving score playing on the soundtrack. Just in case, you understand.

Fayyad – whose Oscar-nominated Last Men In Aleppo rode along with three White Helmet volunteers – puts us right next to Ballor and her staffers as they try to function normally under impossible conditions. They’ve acclimated to the constant threat of death, barely pausing as the walls shake from a bombardment above. It’s the little things that are starting to get to them, like the bickering over whether nurse Samaher is putting enough margarine in the rice she’s cooking for the staff’s meals.

But no amount of adjustment or detachment can keep the horror at bay. The Cave climaxes with Ballor and her staff treating dozens of children poisoned in a chemical attack, risking their own lives as toxic chlorine gas seeps into the facility. It’s a white-knuckle sequence – but that’s because it’s cut, mixed and scored like an American studio thriller, as Fayyad pulls out all the post-production stops to make it play as viscerally as possible.

Again: why is that necessary? (I’ve seen indie thrillers that credit fewer foley artists.) Couldn’t this footage have stood on its own, without the extra sizzle of an augmented soundtrack and breakneck editing? And why did Fayyad feel the need to bookend his film with subjective moments – a digitally created drop from the rooftops of Ghouta into the underground hospital, and a final underwater shot representing an impossible perspective – that undermine his gritty realism?

I wish I knew. I wish I’d been able to watch The Cave without wondering why I was questioning the intentions of the man in the editing bay. Fayyad wasn’t allowed into Ghouta, or Ballor’s hospital, so he directed the film remotely, working with Damascus cinematographers Mohammad Kheir, Ammar Suleiman and Mohammad Eyad.

Maybe he felt he needed to amp everything up as compensation for his absence, or maybe he and his collaborators at National Geographic’s feature documentary division genuinely thought this was the best way to present the story.

Audiences at TIFF clearly responded to it. Maybe you will, too.