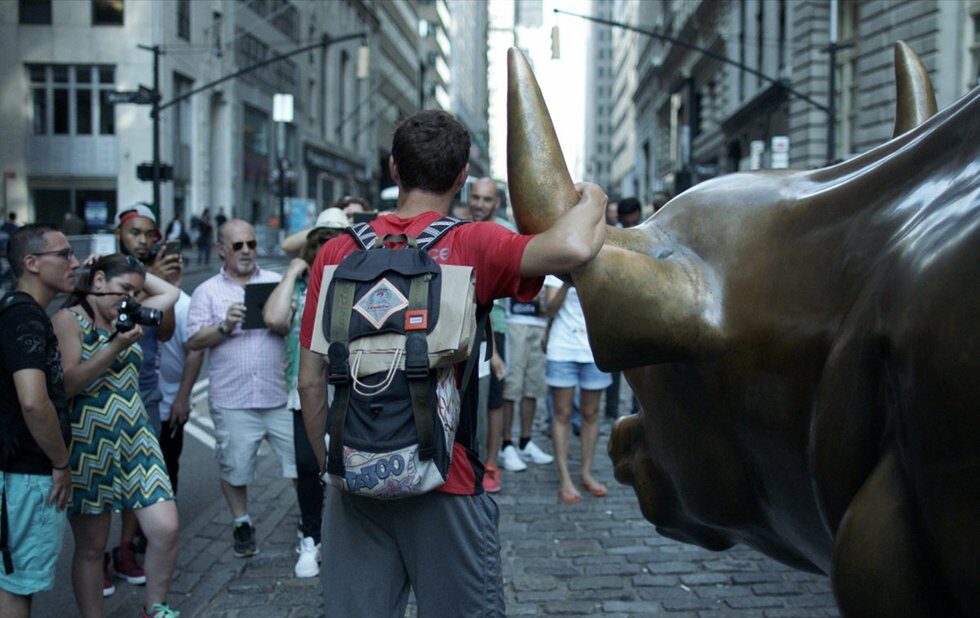 After a dozen documentaries on the financial crises of the 00s, a new film that examines the likely catalyst for the next economic meltdown should be compelling viewing. And The China Hustle would be, if its director was willing to get out of his own way.

The China Hustle looks at the threat posed by reverse merger fraud, a deal in which an existing, publicly traded company issues a massive number of shares to purchase a Chinese shell corporation which then becomes the majority shareholder in the existing company and listed on a Western exchange.

Wall Street brokers and their clients can make a fortune on such deals, which are entirely legal, but shell companies dont actually do anything, so the stock eventually tanks.

Director Jed Rothstein (Before The Spring, After The Fall) starts strong, explaining these points through financial analyst Dan David, whose crusade against these deals involves shorting the companies stock in order to draw attention to their toxic presence and pointing out that Chinas financial rules are very different from Americas. For example, theres no prohibition against a Chinese business defrauding foreign investors.

Its chilling stuff. But as The China Hustle goes on, racking up hard data and some interesting side stories, Rothstein loses faith in the materials dramatic potential, trying to amp it up with editorial flourishes like scary music, frequent whip pans, creepy slow-motion crowd shots, cobalt-blue footage of American flags… you know the deal. And The China Hustle goes from methodical to hysterical, shouting down its own arguments.